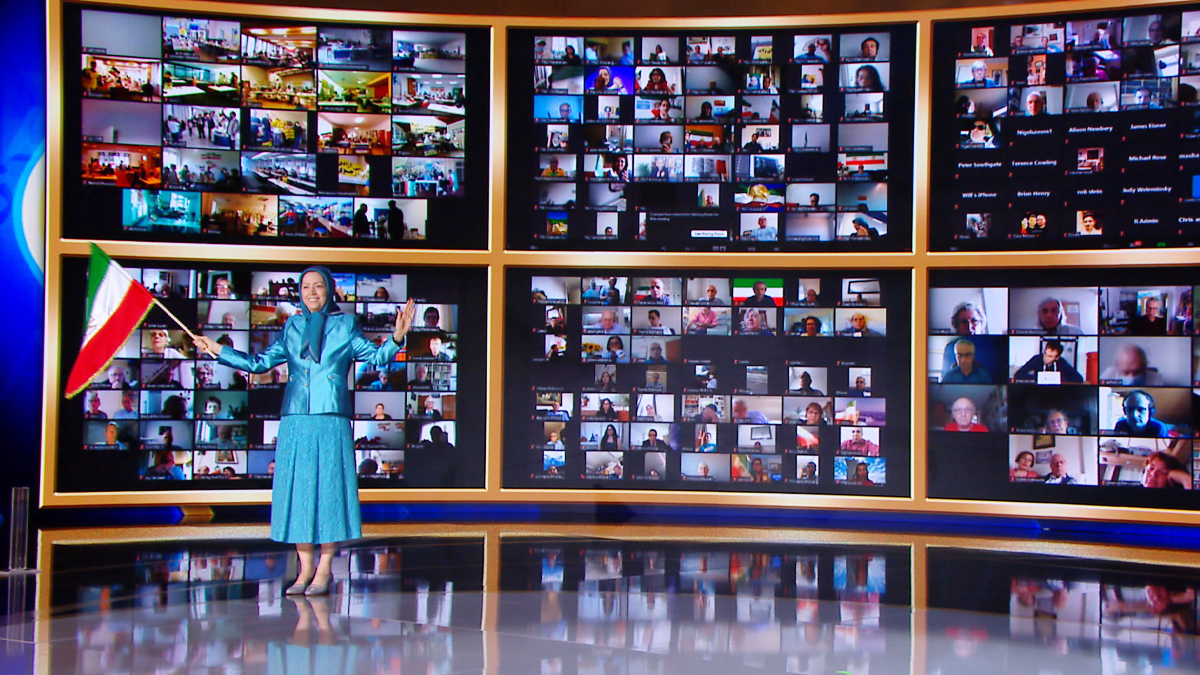 Hundreds of lawmakers from around the world turned their eyes to Iran last weekend at a summit hosted by an Iranian resistance group.

Their message was clear: The Iranian regime has to go.

The Free Iran Global Summit was hosted by the National Council of Resistance of Iran and its sister organization, the People’s Mujahedin of Iran (MEK), at the latter’s headquarters in Albania. Due to coronavirus pandemic restrictions the audience was online, viewing the proceedings from what the organization says were 30,000 locations across the globe.

The three-day summit, hosting over 1,000 current and former lawmakers and dignitaries, focused on the Iranian regime’s record as a state sponsor of terror and human rights violator. While speakers were united in calling out Iran’s barbarity, there was a message of hope as well.

“The people of Iran deserve to be free, and we stand with you in your fight,” said United States Congressman Lance Gooden.

“I feel like we’re making great progress … I’m encouraged and I look forward to being with you next year. Not in Albania, but in Iran, together, when we’re there and you’re back in your country and the people of Iran are free.”

Gooden’s optimism was echoed by former Canadian prime minister Stephen Harper, who said the Iranian regime is “weakened” in his message of support for the resistance cause.

“Deception is no substitute for strength. And the regime is not strong. It is weakened,” Harper said.

“With the economic situation deteriorating at home, corruption rampant, with explosions and fires widely reported, street protests continue to break out in Iran itself. They do so despite the real risk of death for the protesters and despite the disinformation campaigns that the regime wages against its own … The regime has never looked weaker than at the very moments when it has tried to show strength.”

Harper said Iran’s aggressions against United States, Saudia Arabia and Israel have been “brushed away like annoying insects.”

Harper lauded the efforts of NCRI president-elect Maryam Rajavi, whose 10-point plan for Iran includes free and fair elections, separation of religion and state, freedom of speech and a modern justice system.

Rajavi said “firmness” from the global community is necessary to topple the regime.

“That means firmly dispensing with everything that enables the regime’s terrorist activity, and firmly responding to every single criminal act,” she said.

Ali Safavi, an official with the NCRI’s foreign affairs committee, said bolstering the regime’s downfall is a key priority for the resistance effort, especially since the latest uprising, which began last November.

“Inside Iran, the primary focus of the activities of the Iranian resistance will be to expand the network of resistance units as the most potent and effective factor in directing and inspiring protests and uprisings, as has been evident especially in the past two years,” Safavi said. “Despite many arrests and the regime’s extraordinary security and repressive measures, more and more people, particularly the younger generation, are joining (the resistance’s) ranks.”

Safavi also called on countries around the world to strengthen economic sanctions and shut down Iranian embassies and diplomatic missions, which he characterized as “nests of espionage and terrorism.”

Giuliani said the Free Iran conference and the NCRI’s broader efforts serve to “expedite” what he described as the regime’s dwindling legitimacy among its people.

“Even if we weren’t involved, it would happen,” he said. “It just would happen over a longer period of time. I see the NCRI and related groups as helping to expedite and organize a ground roots rebellion.”

Giuliani said the Iranian mullahs have a “patina of being religious” but “remind me much more of the mafia than they do of a religious group.”

This is why NCRI and MEK have found such support from politicians of all stripes in countries around the world.

Torricelli told True North there is widespread, bipartisan backing of the Iranian resistance specifically among American lawmakers but this doesn’t get conveyed in the media.

“Support is discounted by the media,” he said. “I have rarely seen an issue that had such broad support, but to read an American newspaper you would never know it.”