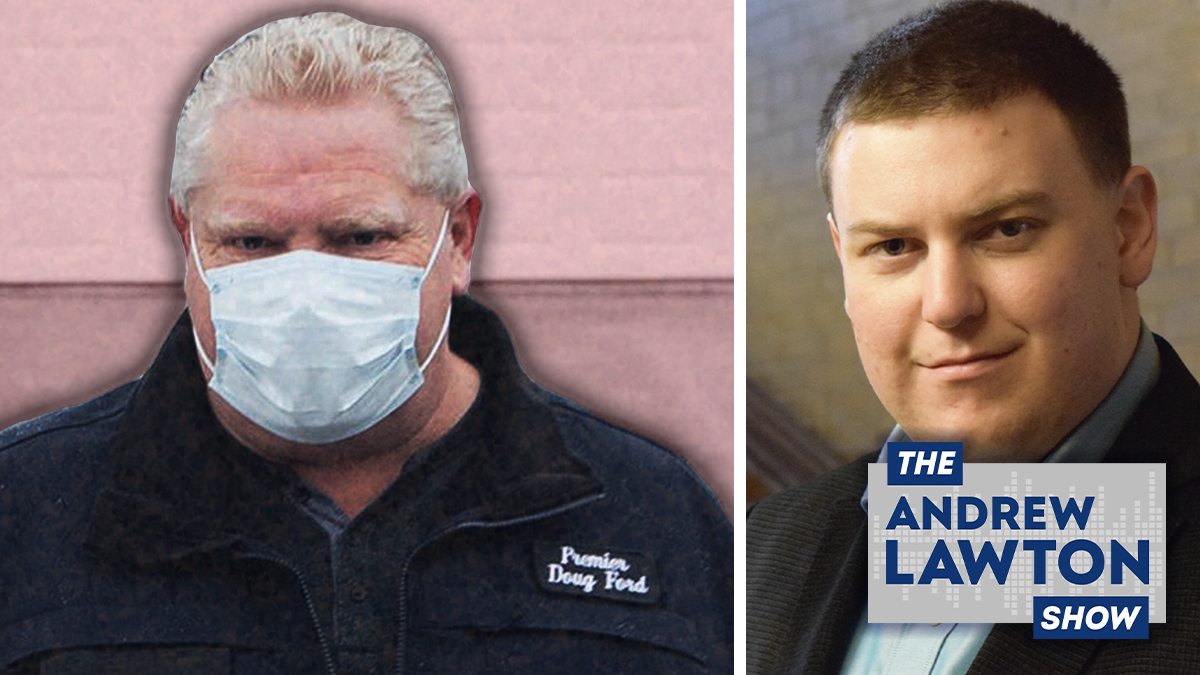 Ontario member of provincial parliament Belinda Karahalios was kicked out of Premier Doug Ford’s PC caucus after she voted against a bill that would bypass the Ontario legislature and give the government authority to act through emergency orders for up to two years. While the bill has been harshly criticized by civil liberties advocates, PC MPPs were whipped to support it.

Karahalios joins The Andrew Lawton Show to discuss her expulsion from caucus and rationale for opposing the bill. Also, Justice Centre for Constitutional Freedoms president John Carpay sits down with Andrew to talk about constitutional challenges facing lockdown measures such as social distancing tickets and mandatory mask orders.