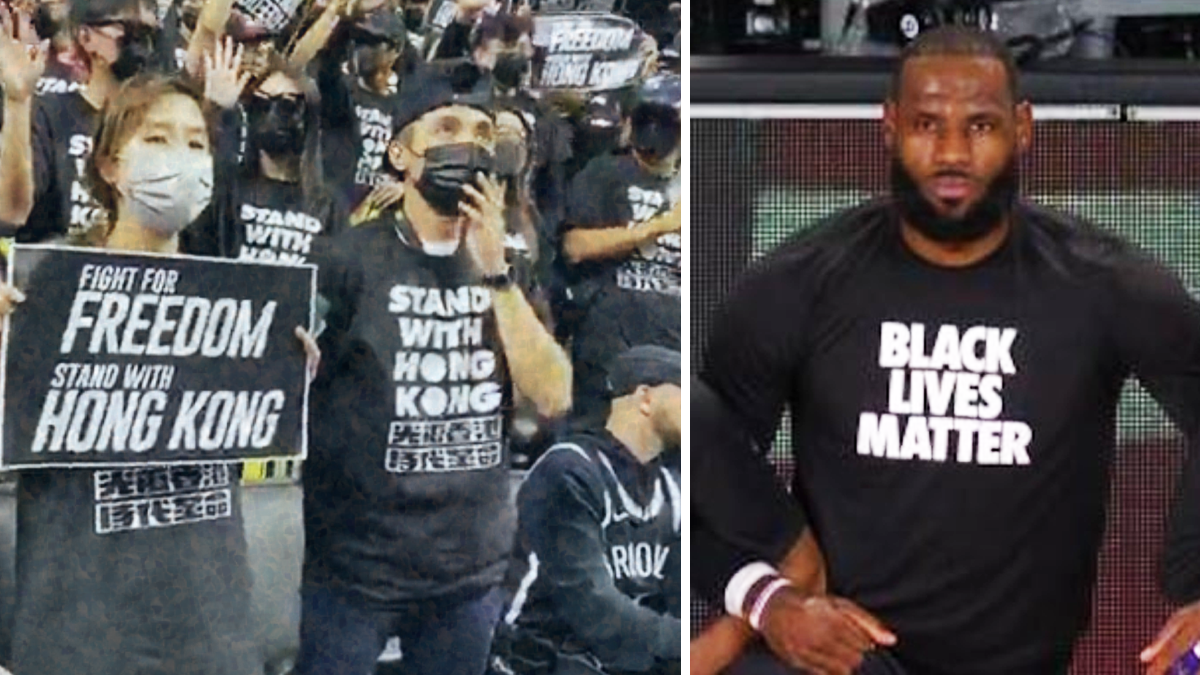 Last year, controversy erupted within the basketball world when Houston Rockets general manager Daryl Morey tweeted – and then deleted – a statement in support of democratic protestors in Hong Kong. The owner of the Rockets quickly distanced himself from the tweet, Rockets star James Harden apologized, and LeBron James – perhaps the Michael Jordan of our era – told reporters that Morey was “misinformed” on the issue and hadn’t “properly considered” the consequences of the tweet.

What consequences, you may ask?

Notably, the consequences that damaging these players’ wallets.

In the fall out of the tweet – in which Morey did the right thing in standing up for protestors against the communist regime – Chinese companies began pulling out from lucrative deals they had with players like James and his Los Angeles Lakers colleagues Anthony Davis and Kyle Kuzma.

In making his statement, it became clear to many that James was more concerned about his own financial benefits than fundamental human rights.

Fast-forward to earlier this year, and another social justice issue has emerged at the forefront of the American media: issues of police brutality and anti-black racism. And rather than continue a precedent of keeping an apolitical stance on these issues, basketball superstars like James have quickly moved to support Black Lives Matter protestors – even despite public concern about their connection to Marxism and violence.

Most recently, the Toronto Raptors captured headlines when rolling into the Disney bubble (where games will be played this summer) with buses that said Black Lives Matter. Similarly, their choice to wear Black Lives Matter face-masks made has led to a big boost in sales for a local Toronto artist. And they took to Twitter to make it known that when it comes to supporting human rights, “Silence is not an option.”

However, if silence is not an option, then why are those within the NBA being intimidated or otherwise forced to stay silent on the horrendous activities in China?

Does social justice only matter to NBA players, like James or Toronto Raptors’ Pascal Siakam – who chose to wear Black Lives Matter on his jersey during the season restart – when it doesn’t impact their pocketbook?

It is important these questions are raised now, especially with a recent investigation from ESPN which revealed NBA coaches in their Chinese youth-development program actually faced a number of human rights concerns which the league has largely ignored.

Further, it feels like no coincidence that the NBA recently pulled the ability to make personalized gear on their website after the algorithm refused jerseys to be created bearing the “Free Hong Kong” slogan.

The conclusion here is not that NBA players should be apolitical, but that their commitment to activism should exceed more than just virtue-signaling when it doesn’t hurt them financially. If NBA players, coaches, GMs and team-owners are deciding to use their platform to bring attention to fundamental human rights abuses occurring in society, they can’t ignore a Chinese regime which is committing one of the world’s most disturbing atrocities right now.