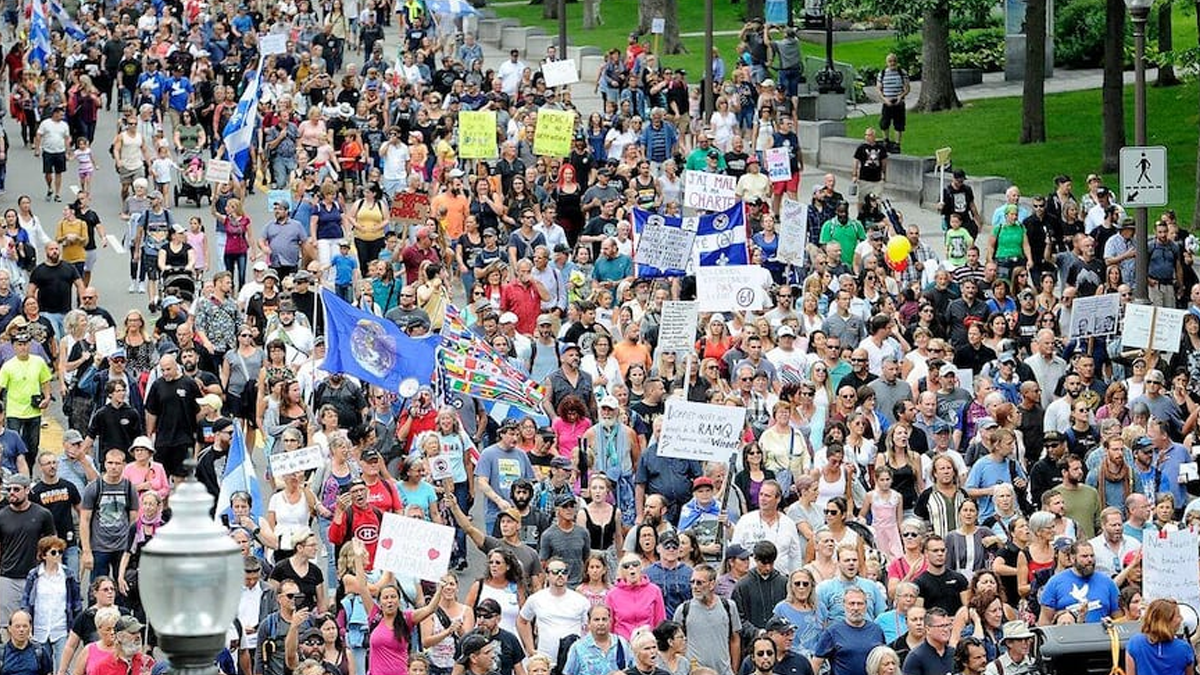 Among the members of the protest, parents took issue with the province’s compulsory mask requirement for kids when they return back to school in the fall.

“We want to show our children that we have to stand up strong and stop letting pieces of our freedom be taken away. The financial health of our children will already be affected and we will leave them psychological traces,” Amélie, who is a mother of three children told Le Soleil. Amélie’s comments have been translated into English.

“I am against the mask yes, but above all against the fear that it inflicts on us. The disease is not worth that. We are talking about compulsory vaccines, to trace us with the phones… How far will it go?”

According to recently announced plans, students in the province can expect to return to the classroom soon.

The government of Quebec has reversed an earlier position that would require students to wear masks in the classroom. According to the official back-to-school plan published by the Government of Quebec, the only reference of mandatory mask use is for preschool teachers and staff. As for students, kids from Grade 5 and up are required to wear masks in common areas but not while in class.

“School boards don’t have the public health powers and can’t, under the powers given to them under the Education Act, require all students to wear a face-covering under all circumstances at school,” Quebec’s Ministry of Education told CBC News.

Hand in hand with the anti-mask protests, those who were in favour of mandatory mask requirements in schools rallied in front of the Minister of Education’s offices to call for stricter enforcement ahead of the school year.