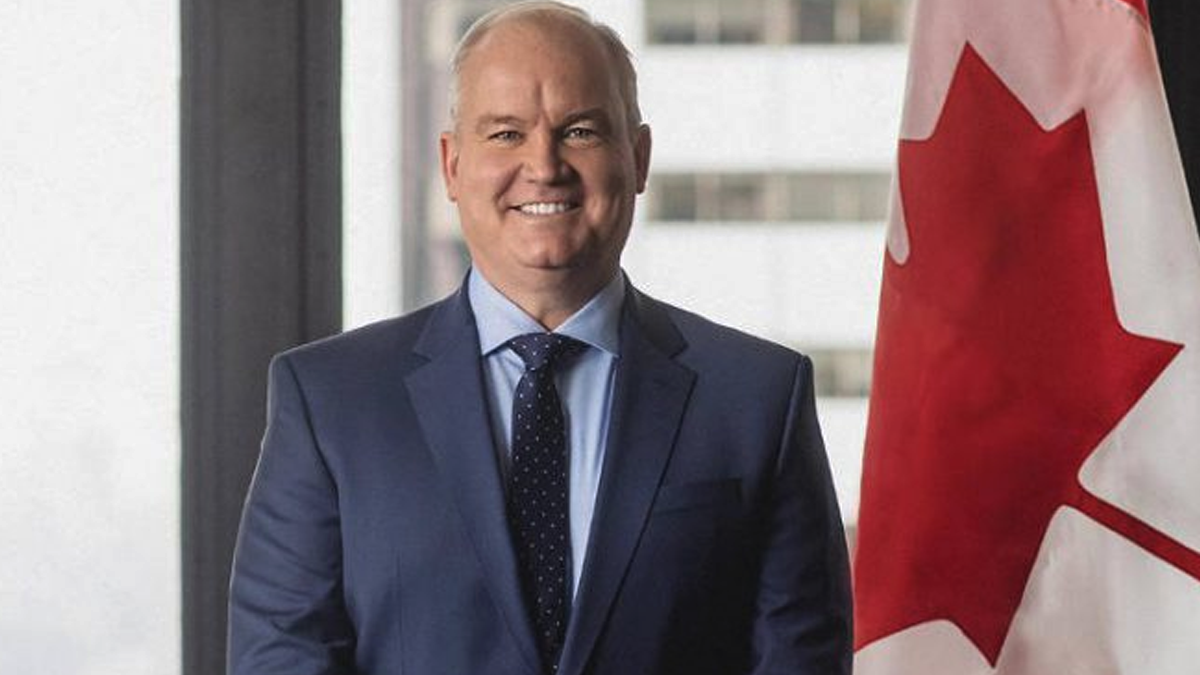 Erin O’Toole edged out fellow candidates Peter MacKay, Leslyn Lewis and Derek Sloan and secured the winning vote on the 3rd round of voting with 19,271 votes.

Out of all of the candidates who ran for the leadership, only Sloan and O’Toole currently hold seats as MPs in the House of Commons.

The results of the first ballot were first announced past midnight with MacKay coming out ontop at 11,328.55 points, followed by O’Toole with 10,681.40 points. Sloan finished last with 4,864.67 points, while Lewis continued through to the second round with 6,925.38 points.

O’Toole ended up winning the leadership spot on the third ballot with 19,271 points vs MacKay’s 14,528. Meanwhile, Lewis finished in third place on the second ballot with 10,140.30 points.

The leadership announcement was delayed by several hours after party headquarters experienced technical issues with envelope opening machines which were tearing apart the ballots.

Thousands of ballots were allegedly damaged in the incident.

“What’s been happening is the machine is ripping or cutting some of these ballots,” leadership campaign co-chair Lisa Raitt told CBC News.

Outgoing leader Andrew Scheer appeared prior to the results announcement to give a farewell speech.

“I have been so honoured to serve as the leader of the Conservative Party of Canada and as leader of the official opposition in the House of Commons leading our amazing team,” said Scheer.

“We rolled up our sleeves and reminded voters that Conservatives are the only party fighting for hardworking Canadians.”

Shortly after failing to unseat Prime Minister Justin Trudeau during the 2019 federal election, Scheer announced he would be resigning from his position as the party’s head.

The Conservative leadership race commenced shortly after on January 13, 2020.

“Please stay involved, be bold, think, challenge the mainstream media. Don’t take their narrative as fact. Check out smart independent organizations that are growing all of the time like The Post Millennial or True North,” said Scheer.

“After tonight let’s all rally behind the new leader and do everything we can to make sure that the next leader of the conservative party becomes the next prime minister of this great country.”

As the newly elected leader, Erin O’Toole will be facing off against Justin Trudeau in the next election. Some have speculated that a snap election could follow as Trudeau’s minority government reels from the WE Charity scandal and the resignation of former finance minister Bill Morneau.

Earlier this month, Trudeau announced that he would prorogue parliament. The Liberals will present a throne speech on September 23rd and a confidence vote will follow.