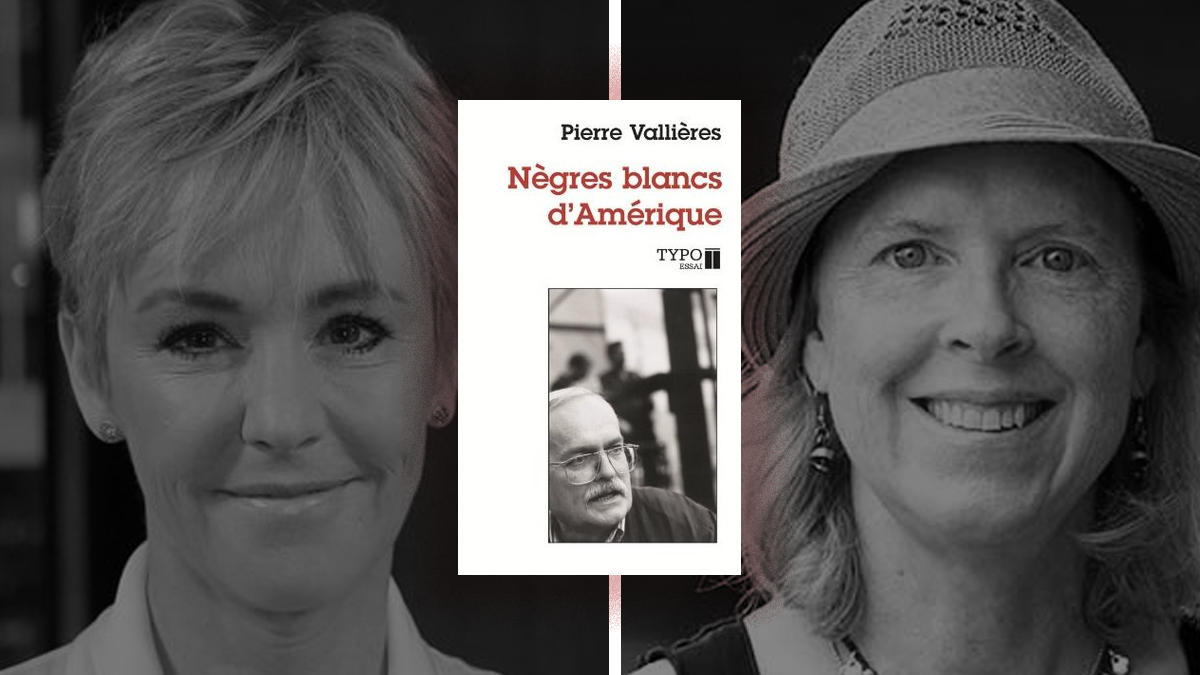 Remember when the CBC suspended journalist Wendy Mesley from hosting her news show, The Weekly with Wendy Mesley, on June 9, 2020?

This was because she used the “N-word” in an unknown context in early June 2020, and a CBC associate producer who witnessed the speech act, Imani Walker, demanded disciplinary action be taken against Mesley. According to CBC’s Head of Public Affairs Chuck Thompson, Mesley will be returning to her hosting duties after Labour Day this year. That means she was likely suspended from her duties for about a month, as The Weekly doesn’t air in July or August.

In September 2019, there was another incident where Mesley uttered the forbidden word: she had read aloud the title of the 1968 book “White N******* of America” by Quebec author Pierre Vallières. The book analyzes historic class relations in Quebec society and posits that a Marxist revolution would liberate the underclass that is the Quebec francophonie.

As it happens, another Canadian woman has gotten in trouble for citing the exact same book, and saying its title aloud. Catherine Russell, a film studies professor at Concordia University, allegedly said the title of the book twice during a class in the fall of 2019. The CBC states that some of Russell’s students circulated an online petition this summer condemning Russell, a petition that gained over 200 signatures. (True North is not able to find a public trace of the petition, and when True North asked the CBC for a link or archive of the petition, they were not provided with any information).

On July 31, 2020, Professor Russell sent a grovelling apology to her class, stating “As a white teacher, I am very much in a position of privilege and power and I clearly need to do better for all students to feel more respected in the classroom, and especially for BIPOC students to feel that they are in a safe space.”

Similarly, Wendy Mesley’s apology reads, “I now realize my abuse of the word was harmful…when people of power use certain words, we abuse our privilege.”

In the end, professor Catherine Russell’s apology did not matter. Her students went ahead and launched an official complaint about her with the university.

When True North asked Concordia University what policy the complaint was filed under, and whether the complaint is being investigated, spokesperson Vannina Maestracci replied that the matter was confidential, but that complaints are registered through the university’s Office of Rights and Responsibilities.

The Office of Rights and Responsibilities webpage states: “Do you feel that a member of the Concordia community has engaged in harassment, discrimination, physical violence or threats? Please contact us to discuss a situation you have encountered or witnessed.”

We can only hope that Catherine Russell’s uttering of a book title wasn’t considered any of the transgressions above, but because of the tight-lipped nature of university complaint departments, we will likely never know for sure.

“A 1968 book by Quebec journalist Pierre Vallières that includes the N-word in the title” (as the CBC calls it) is likely the most forbidden book title in Canada.