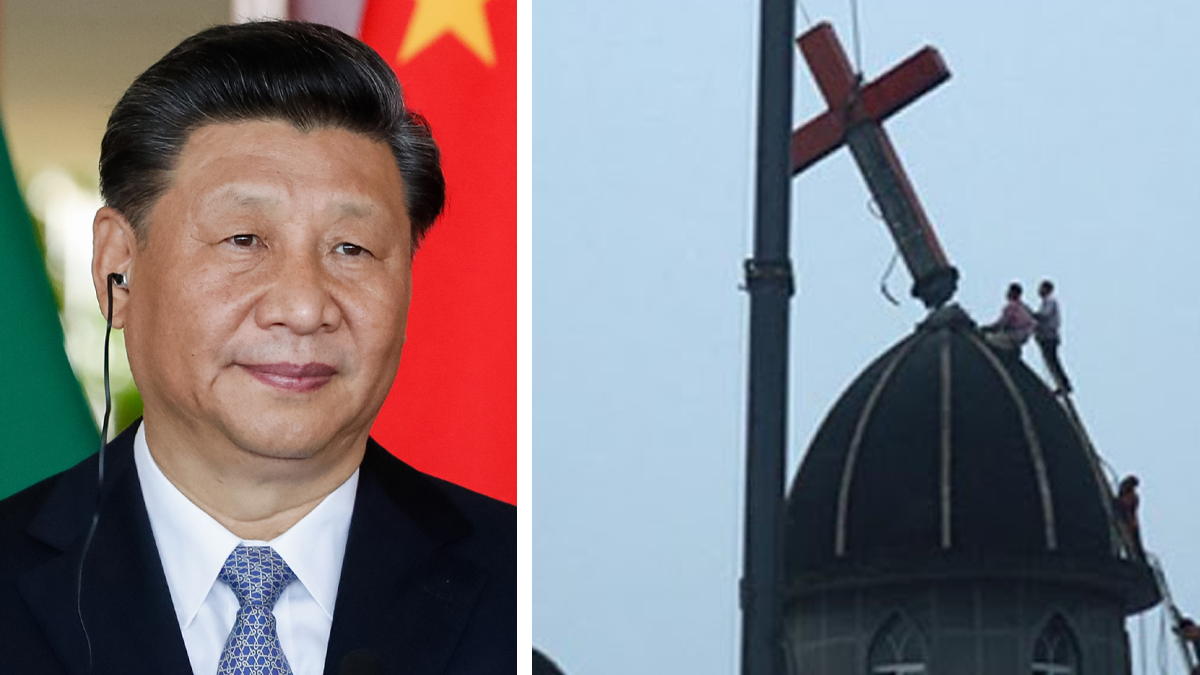 The Chinese government has undertaken a systematic effort to remove Christian symbols, with over 900 state-run Protestant churches seeing their crosses forcibly removed in the first six months of 2020, according to Bitter Winter,

Anonymous Chinese Christians have told the religious liberty magazine that refusing to remove the cross will result in severe penalties.

“If a church refuses to remove its cross, congregation members may lose their social benefits, like pensions and poverty-alleviation subsidies, and possibilities for their children’s future employment will be affected,” a church member told Bitter Winter.

“Only churches that look like enterprises are considered legal. To ‘sinicize’ Christianity, Xi Jinping does not allow churches to have Western crosses.”

In order to legally operate, churches in China must be sanctioned by the state-owned “Three-Self Patriotic Movement.” Critics say the Three-Self Church purposely tries to distort Christianity to match state ideology.

The Chinese regime has punished individuals who attempted to stop the removal of the crosses.

One woman was injured when she got in the way of the demolition team. In another instance, a church director was arrested when the congregation staged a protest.

Congregants of a church in Anhui province were told that their cross was being removed because it was taller than government buildings in the city.

Like other religious minorities in China, Christians have seen increased persecution in recent years. These persecutions have included the mass-internment of Uyghur Muslims and forced organ harvesting from Falun Gong members.

In a recent webinar, president of the U.S.-based Ethics & Religious Liberty Commission Russell Moore, said the ultimate aim of the Chinese government is to replace religion with communist doctrine.

“This attempt to even rewrite the scriptures and holy texts of these various religions in order to see to it that China is ultimate,” he said.