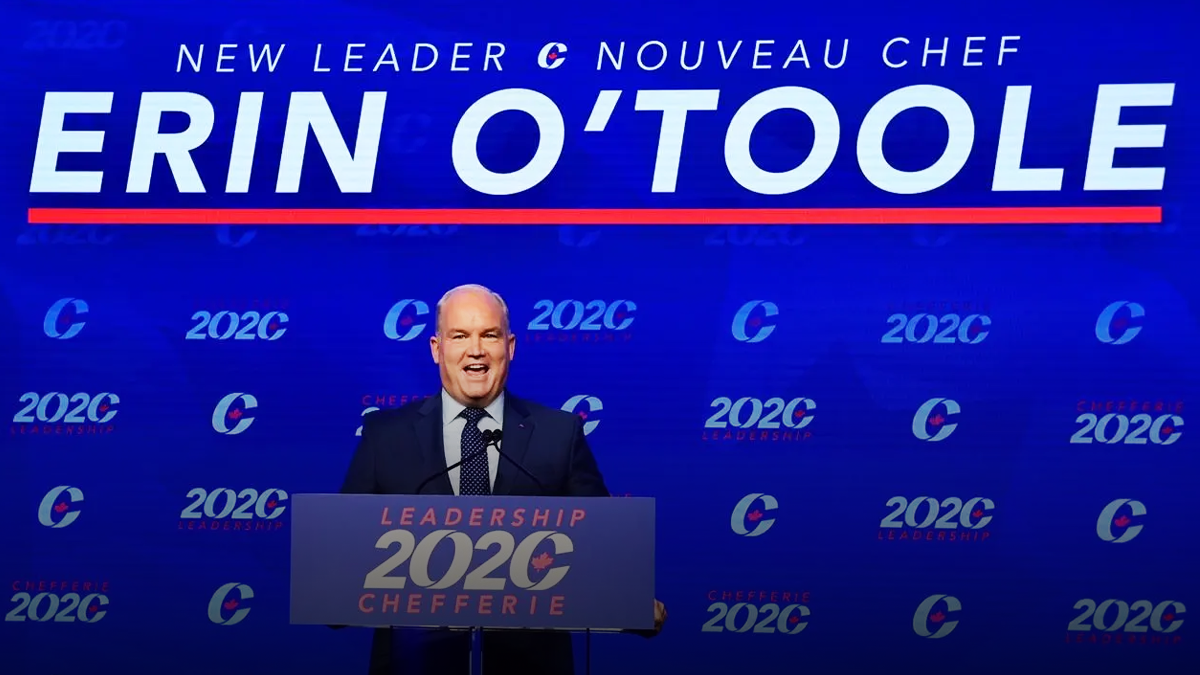 Erin O’Toole surprised the Laurentian punditry and saddened all the Liberal journalists in Ottawa and Toronto when he beat front-runner Peter MacKay to become the new leader of the Conservative Party of Canada. Here is some unsolicited advice for the new Tory leader.

Congratulations, Mr. O’Toole, on a hard-fought and well-earned victory in winning the leadership. You’ve certainly got your work cut out for you, but the country desperately needs a change and you already have millions of conservative voters on your side.

I’d like to specifically thank you for participating in the Independent Press Gallery of Canada’s inaugural event — what was supposed to be the final debate featuring all four leadership candidates. Unfortunately, both Leslyn Lewis and Peter MacKay dropped out at the 11th hour — Lewis for health reasons and MacKay, well, because he didn’t feel like showing up.

I started the IPG earlier this summer as an alternative to the Parliamentary Press Gallery of Canada — a government-adjacent body that happily welcomes propagandists working for the Communist Party of China into its Old Boys’ Club, but refuses to acknowledge or accredit some career journalists who happen to work for news outlets with conservative editorial positions.

Not only did you attend our event — showing support to a new grassroots organization and fielding tough questions from independent journalists — but you also pledged to give us equal standing in Ottawa should you become Prime Minister. Regular Canadians appreciate this gesture and see the need to push back against the Liberal-dominated mainstream media.

Likewise, on the first day of your new job you met with Prime Minister Justin Trudeau and raised the incredibly important and heavily ignored issue of Western Alienation. This gesture goes a long way in mending a very fractured relationship between Ottawa and the West.

Now, for the advice, which I have three key pieces for you, Mr. O’Toole.

First, play on your strengths and set the agenda. The Liberals are already trying to trip you up by demanding that you remove Derek Sloan from your caucus. Ignore traps like these and keep focusing on the issues that are important to Canadians, like reigniting the economy, promoting Canadian industry, reining in federal spending, protecting the rights and freedoms of Canadians, standing up for Canadian values on the world stage, ensuring law and order, and getting to the bottom of government corruption.

Let the Liberals worry about their own caucus problems, starting with a Prime Minister who refuses to read the Conflict of Interest Act.

Second, take the high road and let your caucus play a key role. You have an optimistic disposition and come across as authentic, good-natured and trustworthy. Don’t get dragged into the mud, and instead empower energetic Conservative MPs like Pierre Poilievre, Michelle Rempel, Garnett Genuis and Michael Barrett to fight some key battles on your behalf.

And please find a key role for the impressive and resolute Leslyn Lewis.

Third, don’t spend too much time in Ottawa and ignore the mainstream media. The legacy media in Ottawa does not speak for the country, and increasingly, they don’t understand nor care to understand the important issues facing Canadians.

You experienced this first hand during your first press conference as Leader of the Opposition. In a 15-minute scrum, you were asked four questions about abortion, despite being a pro-choice candidate, and were accused of trying to “re-open the debate” because you once voted in favour of a bill for harsher penalties against those who commit violent crimes against pregnant women.

You didn’t engage in their nonsense, and it didn’t seem to get under your skin either. This is the right approach, and remember: never seek strange new respect from pundits, activists or Ottawa-insiders who have no interest in being fair or objective towards conservatives.