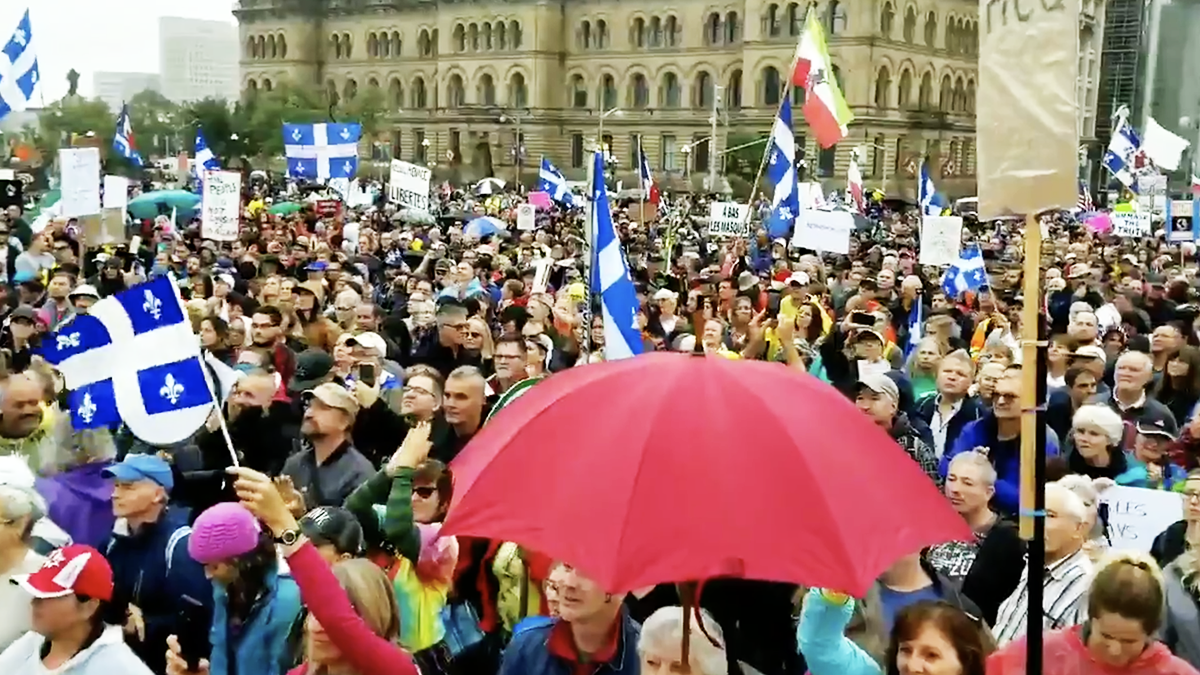 Hundreds of people attended an anti-lockdown rally in front of Parliament Hill over the weekend.

One of the groups behind the event The Line Canada said the rally was a pro-freedom demonstration.

“We are not anti-mask at all, we are pro-liberty. If you want to wear a mask or a tutu, we have nothing to say about that. That is your right. You do not have a right to put one on my face or the face of my children. It’s as simple as that,” said executive director Kelly Anne Wolfe.

Many of those attending were not wearing masks and carried signage in opposition to ongoing coronavirus measures.

Videos of the event show a very large crowd gathered in the nation’s capital on Saturday.

The protest comes after several other similar rallies took place throughout the world.

In Germany, approximately 40,000 people took to the streets to protest their government’s coronavirus restrictions.

Both Paris and London had similar large-scale protests calling on the government to end the restrictions.

In Canada, mask policies vary provincially. Both Ontario and Quebec require mask use in all indoor public spaces.