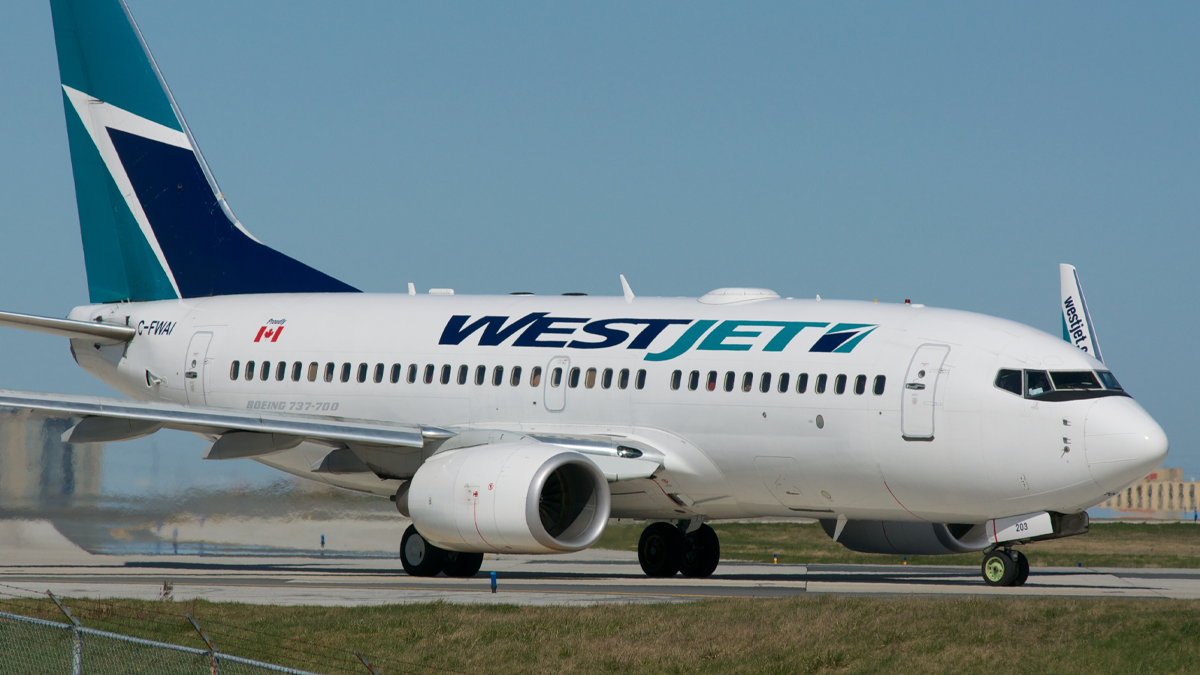 A family of four was kicked off a WestJet plane in Calgary because their 19-month-old did not wear a mask.

According to Safwan Choudhry, his family were heading home to Toronto on Tuesday when WestJet staff confronted them in their seats. Staff demanded his two daughters, ages three and 19 months, put on masks immediately.

“My older daughter was eating a snack so we asked if she could finish and they said no, she needs to put it on now, otherwise the plane won’t take off and we said no problem,” he said.

“My wife got the mask (on the three-year-old) with a little bit of hesitation and then they turned to my 19-month-old and said she also needs to wear a mask.”

Choudhry said his daughter became hysterical once the mask had been put on as the toddler had never worn one before.

Choudhry said WestJet staff became aggressive when his wife asked for time to calm their daughter.

“She said, ‘I’m asking you for the last time because the next time it will be police that will come here and they will arrest you and you will leave with your child,’” he said.

Shortly after the Choudhry family was ordered to leave, even as Safwan was holding the mask to his toddler’s face.

“Multiple police officers boarded the flight and said ‘we need to evacuate you off the place because you are not complying,’ and I said ‘not complying with what?’ They said, ‘well, we don’t have the exact details we were just told that there were passengers who are not complying and our policy is we have to take you off.’”

Calgary police later told Global that they were called to the plane but no arrests were made.

According to Transport Canada, children under the age of two are exempt from wearing masks on flights. Choudhry said police were very helpful once they learned his child’s age.

In a statement, a WestJet spokeswoman said that staff were following the law the entire time, claiming that staff were more concerned about the Choudhry’s three year old daughter.

“I can confirm that Flight 652 from Calgary to Toronto was cancelled last night after guests travelling on employee travel passes chose not to comply with the Transport Canada order related to the wearing of masks on-board the aircraft for all guests two years and older,” she said.

“Our flight crew have access to the guest manifest, which specifically states which guests are under two (booked as infants) and are enforcing the policy as per the Transport Canada regulation for guests two and older.”