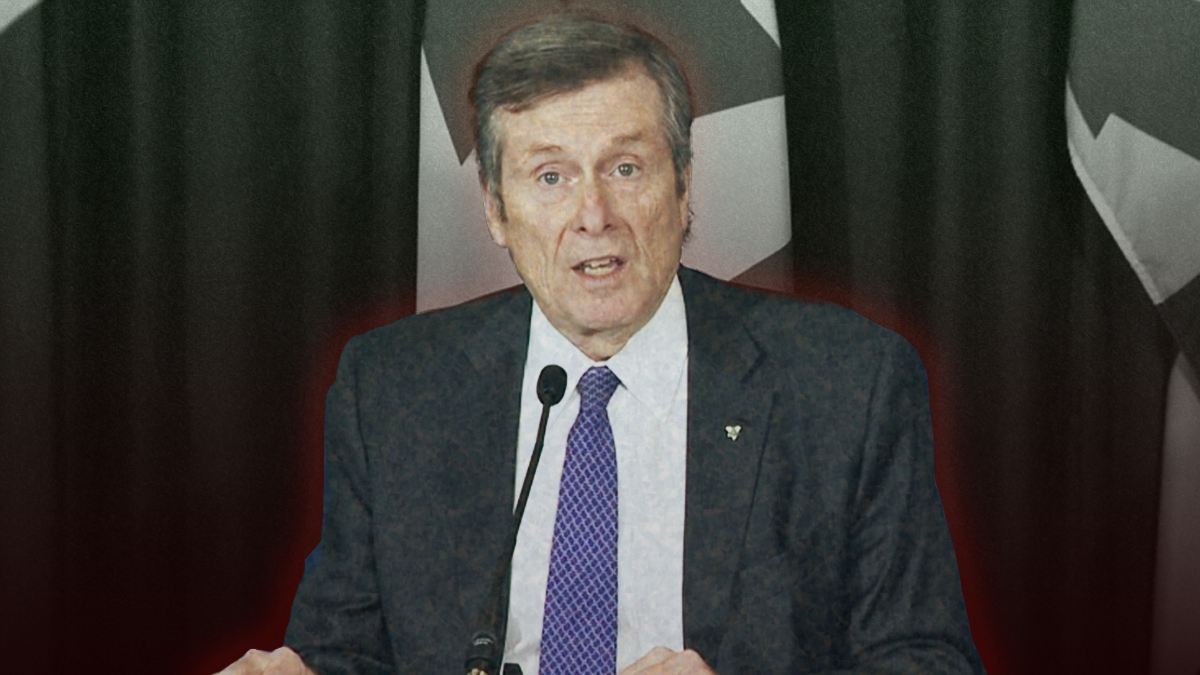 In an ideal world, politics and the police should be arm’s length. Politicians should not interfere in the business of policing. Unfortunately, that is far from the truth in Canada’s largest city.

Shootings have been going up steadily in Toronto since John Tory became Mayor in December of 2014.

This year, Toronto is on track to exceed last year’s numbers and if things keep up the way they have been in the past month, they will beat it by a lot.

In 2015, Tory seemed to side with the politically correct left and began his interference in the operations of the Toronto Police Service (TPS). He directed them to end the practice of “carding” – street checks – and disbanded the anti-violence street section called the Toronto Anti-Violence Intervention Strategy (TAVIS.)

With that blinding stupidity, Tory opened the door to increased gun violence in Toronto to appease the politically correct hand-wringers in city hall.

The resulting years have seen a steady rise in shootings and murders and associated gang violence culminating in 2019 with record numbers of shootings.

This past week was no different. On Thursday the city was shocked by multiple shootings across the city which left one dead and four wounded. Earlier this month, there was a brazen shooting in a bakery where six people were shot just for trying to buy bagels at Spence’s Bakery on Eglinton Avenue West.

Thus far, this year there have been 363 shootings and 173 persons killed or wounded. This is just in the city of Toronto and does not include Peel, York or Durham Region.

After the custody death of George Floyd in Minneapolis which sparked life into the Marxist organization Black Lives Matter which is still affecting cities across North America, Tory doubled down on stupid when he tabled a motion to “detask” the Toronto Police Service on June 25th.

Tory’s proposal cut the police budget and mandated “alternative models of community safety response.”  Ostensibly, the proposal directed city officials to create alternate responses to incidents such as mental health calls where neither violence nor weapons were an issue.

In suggesting this nonsense, Tory neglected the fact that many of these incidents escalate from zero to sixty in a heartbeat. Who would make the decision that police would not be needed for any particular incident? What might result if the wrong decision is made? How many deaths might occur because of ridiculous politically correct decisions?

John Tory should leave policing priorities and where and how they deliver their services to the professionals – the police. He should keep out of those decisions.