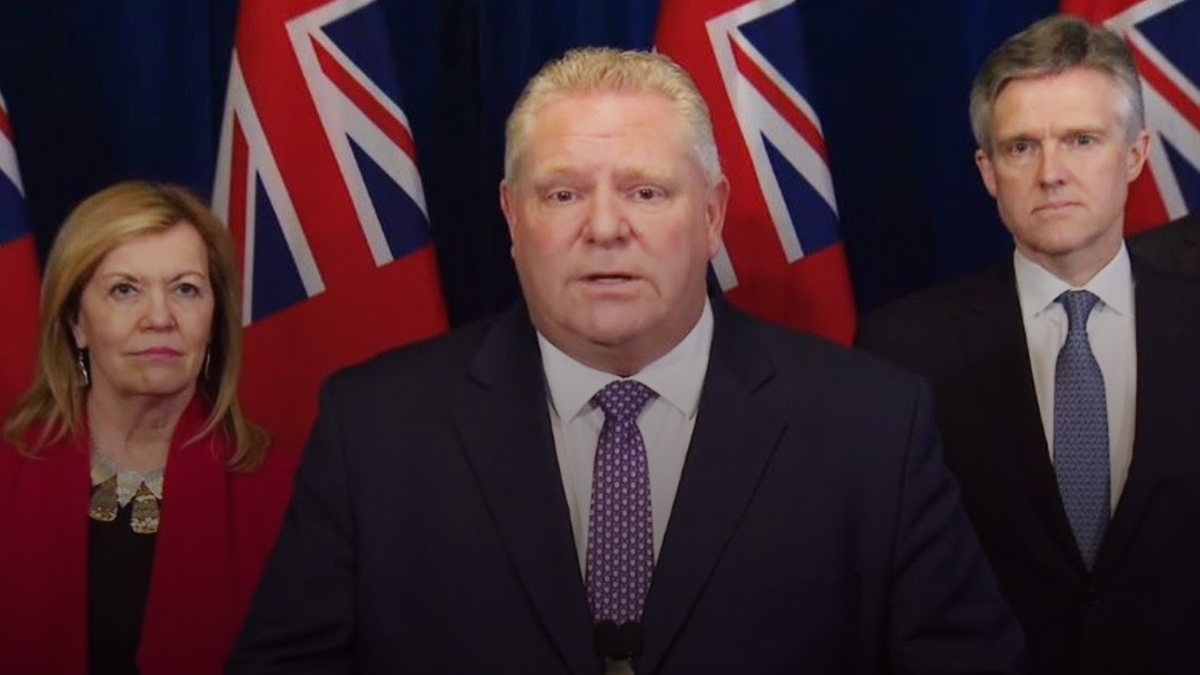 A letter signed by 20 physicians and academics in the field of medicine is urging Premier Doug Ford to avoid plunging Ontario into another lockdown.

Signatories to the letter include the head of microbiology at Sick Kids Hospital Dr. Susan Richardson, as well as over a dozen professors from various Ontario universities.

The letter advocates for a “tactical localized approach” instead of “sweeping new lockdown measures” as a way to manage the recent uptick in coronavirus cases in the province.

“Lockdowns have been shown not to eliminate the virus. While they slow the spread of the virus, this only lasts as long as the lockdown lasts,” read the letter.

“This creates a situation where there is no way to end the lockdown, and society cannot move forward in vitally important ways including in the health sector, the economy and other critically important instrumental goods including education, recreation and healthy human social interactions.”

This week, Premier Doug Ford announced that Ontario was already in the midst of a second wave of the virus.

“We know that this wave will be more complicated, more complex. It will be worse than the first wave we faced earlier this year,” said Ford on Monday.

“But what we don’t know yet, is how bad the second wave will be.”

Instead of a lockdown, signatories of the letter suggest further attention be paid to long-term care facilities and educating the vulnerable about the risks associated with the coronavirus.

“A full accounting of the implications on health and well-being must be included in the models, and be brought forward for public debate. Hard data now exist showing the significant negative health effects shutting down society has caused. Overdoses have risen 40% in some jurisdictions,” read the letter.

“Extensive morbidity has been experienced by those whose surgery has been cancelled, and the ramifications for cancer patients whose diagnostic testing was delayed has yet to be determined.”

On Wednesday, Ford announced a $2.8 billion COVID-19 preparedness plan to tackle the province’s imminent second wave. The plan was released in response to recent models which show that cases in the province are doubling every 10 to 12 days.

“Forecasting suggests that Ontario could be around 1,000 cases per day in the first half of October,” claimed an Ontario news release.

“In order to reduce the spread and the number of new cases, it remains critical that Ontarians continue to adhere to public health measures, including avoiding large gatherings, physical distancing and wearing a face covering.”