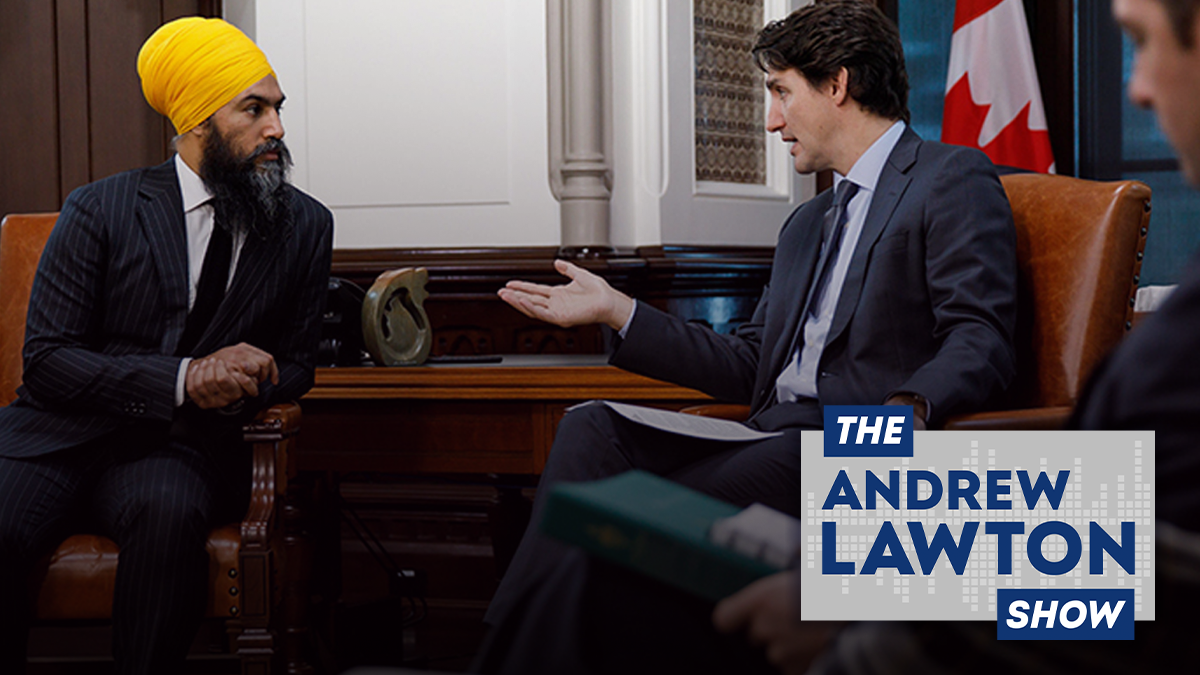 The NDP is pretending to oppose the Liberals, yet admits it may prop up Justin Trudeau’s government for another three years. Also, healthcare activists are calling on the Ontario government to impose another full shutdown, including a clampdown on churches and other places of worship. True North’s Andrew Lawton talks about the latest tactics from the Lockdown Left.

Also, Laurier University professor William McNally joins the show to talk about how professors are sneaking critical race theory into their teaching, even in subjects that have absolutely nothing to do with race.