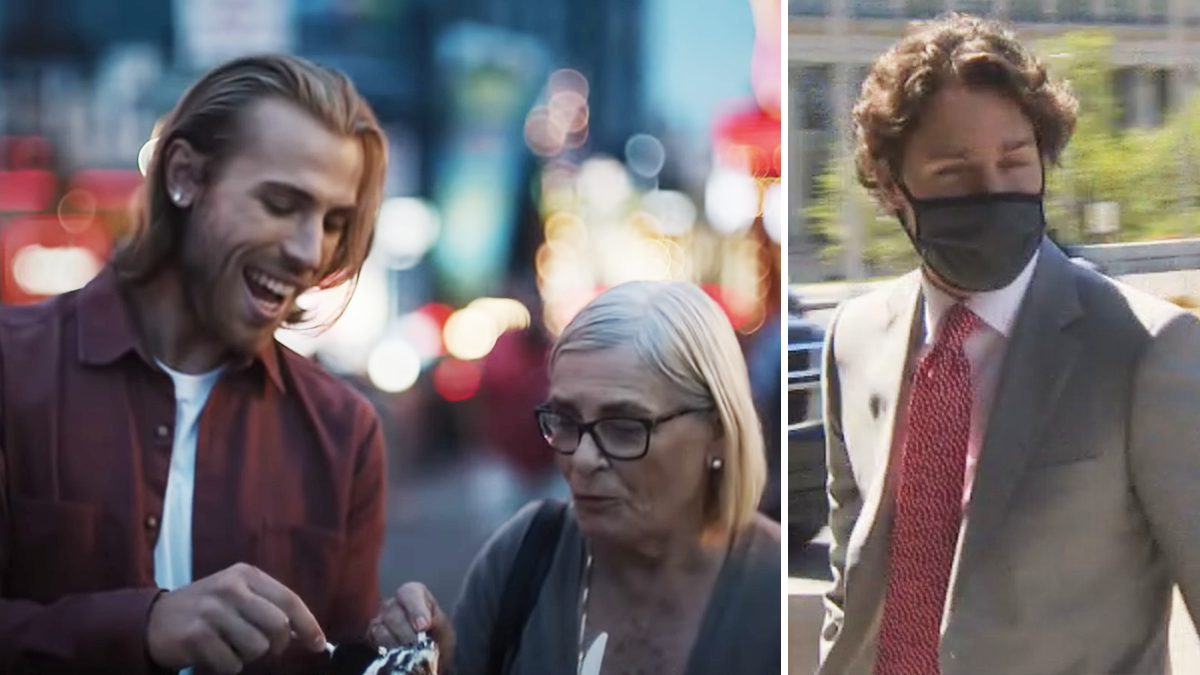 Despite health officials’ calls for Canadians to stay home to save lives, a federal government department is funding an ad campaign encouraging people to book a Niagara Falls getaway with grandma.

In a 50-second Niagara Falls Tourism spot, a man and his grandmother are shown exploring Niagara Falls by playing skee ball in an arcade, dancing under a gazebo and taking a boat tour, noting that quarantine had kept them apart.

“Hey grandma, these last few months, I’ve been thinking. You know, quarantine has kept us apart, but I can’t just blame COVID. Because last time we were really together – just the two of us – was, I don’t even know,” the male narrator says. “But I’m gonna change that. And we don’t need to wait for some moment. Let’s go to Niagara Falls this weekend. What we do is up to you. I just want to be together. And this time, no, it’s not your birthday or a holiday or some special occasion. Because grandma, you are my occasion.”

The commercial is running online and in primetime on television.

The Federal Economic Development Agency for Southern Ontario’s logo appears at the end of the ad, which directs people to the website for Niagara Falls’ tourism bureau.

The economic development agency’s mandate is to “advance and diversify the southern Ontario economy through funding opportunities and business services that support innovation and growth.”

The ad has been running since at least Sept. 28, five days after Prime Minister Justin Trudeau told Canadians that COVID-19’s “second wave is underway.”

“Together we have the power to get the second wave under control,” Trudeau said in an address to the nation last month. “I know we can do it because we’ve already done it once before. In the spring, we all did our part by staying home. And this fall, we have even more tools in the toolbox.”

A spokesperson for Health Canada and the Public Health Agency of Canada did not say whether the federal government discourages domestic tourism, noting only that travel within Canada “should follow provincial and territorial measure (sic) and rules.”

Health Minister Patty Hajdu’s office did not respond to a request for comment.

The federal government is still urging Canadians to avoid all non-essential travel abroad. There is no publicly available guidance on domestic travel, though several provinces, notably in Atlantic Canada, have restrictions in place to limit incoming travelers.

The Ontario government is still advising people to “stay home as much as possible – go grocery shopping once a week or less, only visit pharmacies and banks when necessary and place orders over the phone or online.”

This point was stressed Monday by Ontario’s chief medical officer, Dr. David Williams, who said that while there is no official ban on travel within Ontario, people should nonetheless avoid it.

“Not an official (rule), but unofficially, you have to be very judicious about your choice of when to travel and where to travel,” Dr. Williams said. “We have asked people…to decrease travel. Don’t go out of your house if you don’t need to go out. Don’t go moving around, even if in other parts of the province.”

Chief Public Health Officer Dr. Theresa Tam said last week that Thanksgiving gatherings this year should ideally be “virtual,” while Toronto’s top doctor is calling for another shutdown of a number of indoor activities, including restaurant dining.