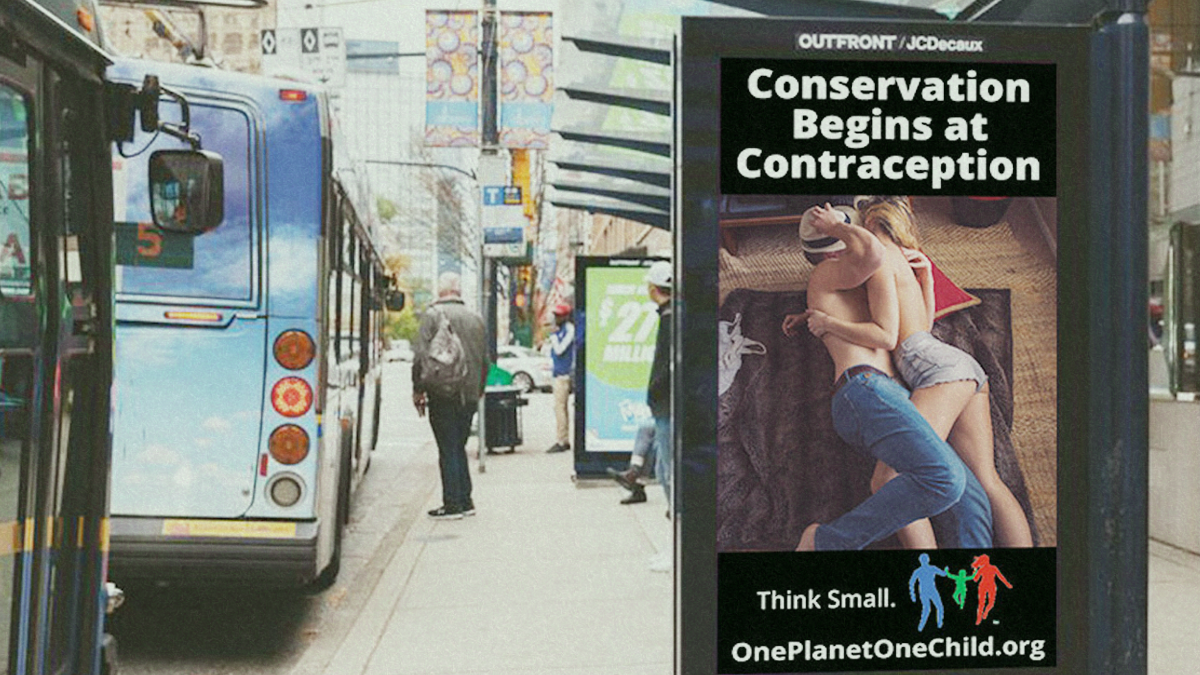 On September 21st 2020, a US nonprofit organization called World Population Balance launched a billboard campaign in Vancouver that urged people to stop overpopulation and limit their family size in order to reduce their carbon footprint.

The campaign has received a heated response – the organization has pulled some of its ads and removed staff information from its website after receiving threats.