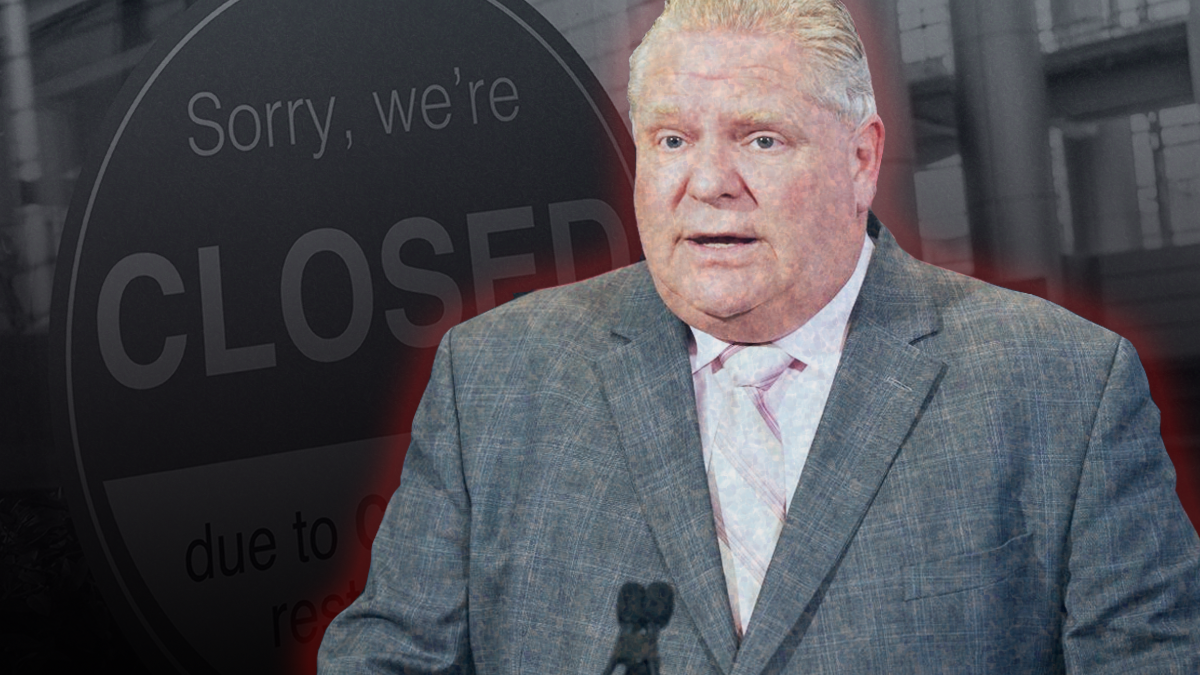 We need a reality check when it comes to the so-called “second wave” of COVID-19.

Our public health experts are giving confusing, constantly changing and often contradictory advice, whether it’s about the effectiveness of masks, the risks of travel, or, more recently, on airborne transmission and the usefulness of rapid testing.

Our media, meanwhile, are busy sensationalizing the data and misleading Canadians about which numbers matter. News headlines emphasize the growth in new case numbers, while ignoring the fact that we’re testing eight times as many people per day as we were during the height of the pandemic in April and May.

Back in March, tests were heavily restricted and reserved for people who had recently travelled to China. I know because I tried to get one, and was told repeatedly by health officials that despite having symptoms, I did not qualify to be tested.

It wasn’t until mid-April that the government of Ontario began tracking how many tests were taken per day. Throughout April and May, Ontario was testing fewer than 10,000 people per day and as few as 5,800.

Fast forward to Friday, when the province announced that it had set a new record for the number of tests performed in a single day: 48,500.

This context matters. Without providing corresponding information about the growth in testing, the number of cases is more or less irrelevant.

The media blare out the fact that new cases are up 25% from the height of the pandemic, but ignore the fact that testing is up 800%. This is a lie by omission. It’s alarmism. And it should be ignored.

Instead of the hysteria focusing on new case numbers, we should aim our focus on what really matters: number of new cases in vulnerable populations (especially those over the age of 70), number of hospitalizations, number of people in intensive care units (ICUs) and number of deaths.

When we look at these numbers, the situation looks a lot less scary.

In early May, Ontario was seeing more than 1,000 new patients admitted to the hospital each and every day. On Oct. 9, there were 225.

At its height in early April, there were 264 patients in ICUs across Ontario; on Oct. 9, there were 47.

In other words, we accomplished what we set out to do. We successfully flattened the curve.

We should be proud of that fact, and moving towards rebuilding our economy while also taking precautions like social distancing, mass testing and protecting vulnerable populations.

Instead, leaders in politics, the media and public health are promoting panic over a “second wave” of COVID-19 and advocating for more economic lockdown measures, like those announced Friday afternoon by Ontario Premier Doug Ford.

Ford announced that all gyms and fitness centres, bars and indoor restaurants, casinos and cinemas must close in major Ontario cities. He also banned social gatherings and events, including weddings.

These measures take aim at working-aged Canadians and ignore the truth about COVID-19 fatalities — namely that the average age of COVID-19 deaths in Canada is 84.8 years old. Compare that to the life expectancy in Canada: 82 years.

COVID-19 is incredibly deadly for those in their 80s and 90s; 81% of all deaths in Canada occurred in long-term care (LTC) facilities. Meanwhile, for people under the age of 60, it isn’t clear that COVID-19 is deadlier than the seasonal flu.

And yet, Ford’s new economic lockdown measures aren’t designed to protect elderly Canadians or improve conditions at senior centres or long-term care homes. Ford said himself on Friday that there were no “early signs of further spread in LTC homes.”

They take aim at working Canadians trying to move on with their lives. These measures will destroy businesses, kill jobs and plunge countless people into misery and despair, all while claiming to “save lives.”