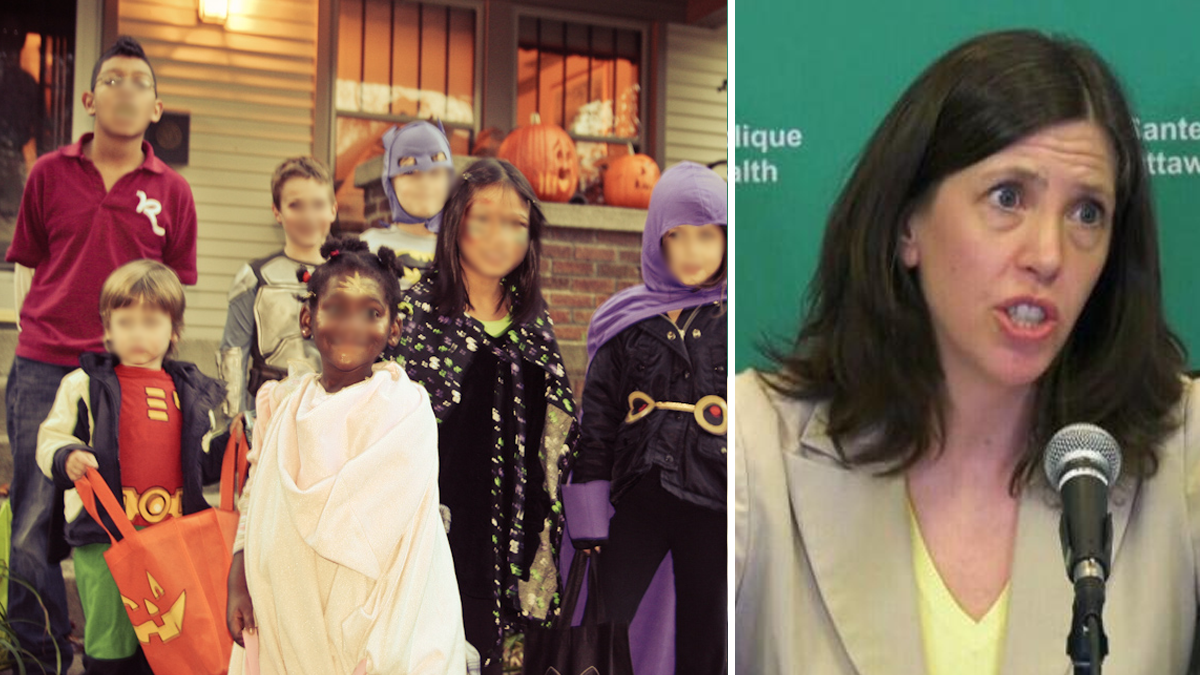 Ottawa medical officer of health Vera Etches is urging kids not to go trick-or-treating this Halloween and to stay indoors instead.

“Ottawa has the highest rate of COVID in Ontario, we have to do things differently here and it does mean celebrating in new ways,” said Etches.

Alternatives to traditional Halloween celebrations such as parties are being suggested. According to Etches, parents should organize Easter egg-like hunts for candy within their own households or on their properties instead.

Ottawa has seen a surge of coronavirus cases in recent weeks. On Wednesday, the surge showed some signs of decline after the city reported only 45 new cases.

Other provinces, like British Columbia, have also okayed the tradition as long as citizens stay vigilant.

Among the guidelines include recommendations to incorporate non-medical masks or face coverings into costumes, to skip Halloween parties. BCCDC is also asking trick-or-treaters to stick to local neighbourhoods and to stick to groups of six.

Meanwhile, those hoping to hand out candy are being asked to find alternative methods to do so and to hand out the treats outdoors instead of within their homes.