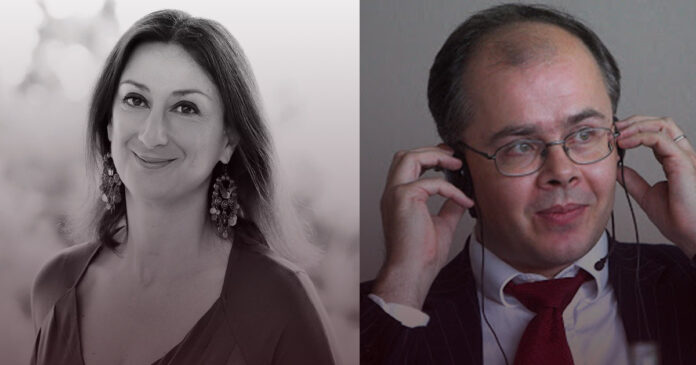 The prize, founded by Canadian philanthropist Peter A. Allard, “is one of the world’s largest awards recognizing leadership and courage in protecting human rights while promoting transparency and the Rule of Law and combating corruption.”

The $100,000 award was split between the two recipients, with Galizia’s family accepting on the late journalist’s behalf.

Galizia was assassinated in 2017 as retribution for her work exposing corruption among the highest echelons of Maltese society.

“Receiving the Allard Prize for International Integrity on behalf of our wife and mother Daphne Caruana Galizia is both humbling and encouraging,” said her family.

“It not only recognises her work in exposing corruption and defending the public’s right to know, it also recognises that Daphne should be celebrated for everyone’s sake, because her example of courage, integrity, and humour are so badly needed today and will be for many years to come.”

In 2018, as a former employee of Danske Bank, Wilkinson revealed one of the largest money-laundering schemes in banking history. According to Wilkinson, a European bank was involved in processing $150 billion worth of laundered money.

Several individuals were criminally charged as a result of Wilkinson’s actions and Danske Bank closed down its operations in Estonia.

“Whistleblowers play a very important role in exposing wrongdoing that is otherwise hard to detect. But all too often whistleblowers are made to suffer for what they have done,” said Wilkinson.