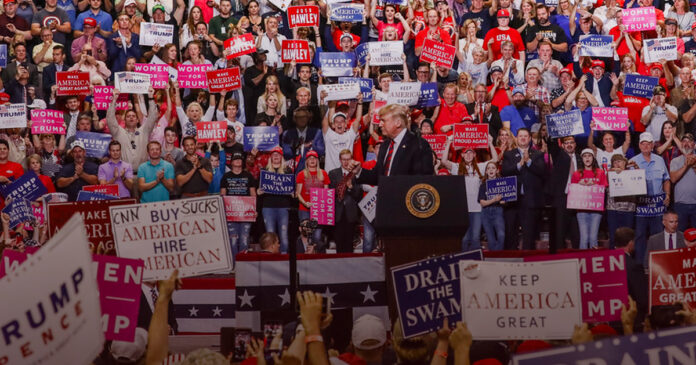 On the season finale of the True North Speaker Series, True North’s Candice Malcolm is joined by the mighty Lord Conrad Black. Lord Black is an historian, author, businessman, media baron and member of the British House of Lords.

Unlike almost every other political observer, Black took Trump seriously from Day One.

Black recognized Trump’s unique ability to connect with disaffected voters and saw how he used the power of his celebrity to steamroll the opposition and pull off the politically impossible – being elected to the highest office with no prior political experience and without cow-towing to political correctness or the DC establishment.

Candice and Lord Black discuss Trump’s strengths and weaknesses, the media’s incessant dishonesty, the over-the-top and politicized COVID-19 reaction, plus Lord Black makes a bold prediction about the upcoming US election.