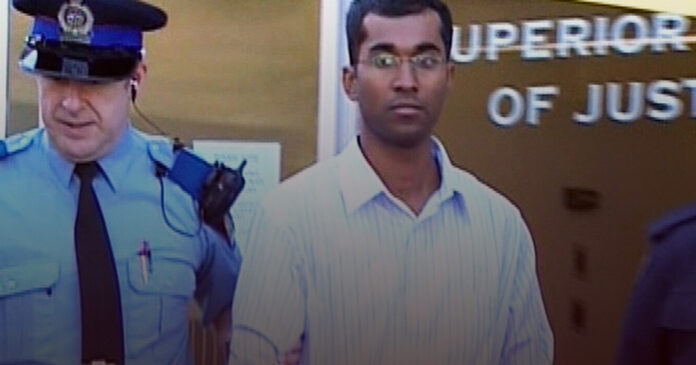 Ontario’s law society decided this week that a convicted former member of the Tamil Tiger terrorist group has the “good character” necessary to practice law in the province.

The new lawyer Suresh Sriskandarajah, also known as “Waterloo Suresh,” was first arrested for his connection with terror-related in 2006.

A joint investigation by the FBI and RCMP found that Sriskandarajah, who is of Sri Lankan descent, helped obtain “sophisticated military technology” for the Tamil Tigers terror group, formally known as the Liberation Tigers of Tamil Eelam (LTTE).

Sriskandarajah eventually pleaded guilty to conspiracy to provide material support for a foreign terrorist group and was sentenced to serve 24 months in an American prison.  His charges came about in relation to his work as a “facilitator” for the Tigers in 2004.

Authorities found that Sriskandarajah helped research and purchase military equipment and helped conduct smuggling operations for the group. He was one out of six Canadians arrested in relation to the FBI and RCMP investigation.

The Tamil Tigers are currently listed as a terror group by Public Safety Canada.

“Over the years, the LTTE has waged a violent secessionist campaign with the help of ground, air, and naval forces, as well as a dedicated suicide bomber wing,” writes Public Safety Canada.

“I did not appreciate the broader implications my decision to associate with the Tamil Tigers would have. However, at no point did I support any forms of violence,” he said about his involvement with the terror group.

Sriskandarajah studied law during his term, and helped tutor other inmates.

After serving his sentence in the US, Sriskandarajah was deported to Canada in 2014 where he resumed his legal studies at York University’s Osgoode Hall law school, from which he eventually graduated.

Sriskandarajah disclosed his past conviction on the law society’s Good Character Assessment form, triggering what’s been a years-long process. In his bid for a law license, Sriskandarajah was able to gather around 100 letters of support from professors people in the community.

The Law Society of Ontario has yet to publish the full reasoning behind their decision to grant Sriskandarajah a license to practice law.

“Mr. Sriskandarajah appreciated the opportunity to share both his past and his present life with the panel. He is grateful for the panel’s decision finding him to be of good character,” said his lawyer, Nadia Liva.

“Mr. Sriskandrajah looks forward to serving as a member of the Law Society of Ontario with integrity and honour.”