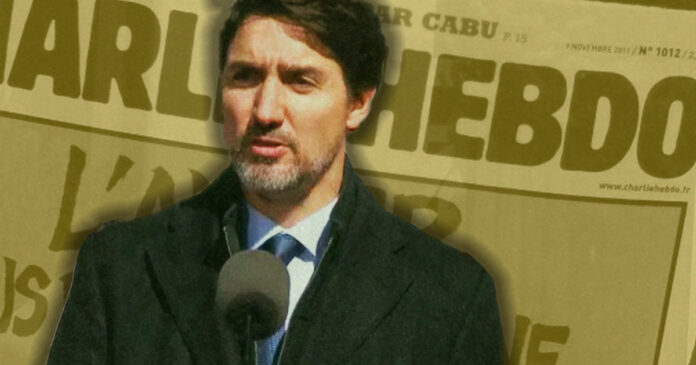 As French citizens get slaughtered by Islamist terrorists because of France’s commitment to free speech, Justin Trudeau said free speech is actually constrained by “respect for others and to seek not to arbitrarily or unnecessarily injure those with whom we are sharing a society and a planet.”

True North’s Andrew Lawton says this negates the very nature of free speech, which includes the right to offend.