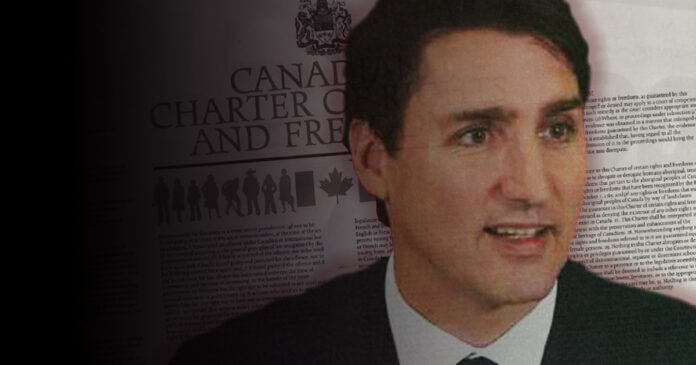 The Canadian Charter of Rights and Freedoms guarantees the right to freedom of thought, belief, opinion and expression. This right is guaranteed to every Canadian.

On Friday, in response to the terrorist attacks in France, Justin Trudeau said, “We will always defend freedom of expression but freedom of expression is not without limits.” He added, “We owe it to ourselves to act with respect for others and to seek not to arbitrarily or unnecessarily injure those with whom we are sharing a society and a planet.”

True North’s Leo Knight says nobody has the right to not be offended. Trudeau should read the Charter of Rights of Freedoms.