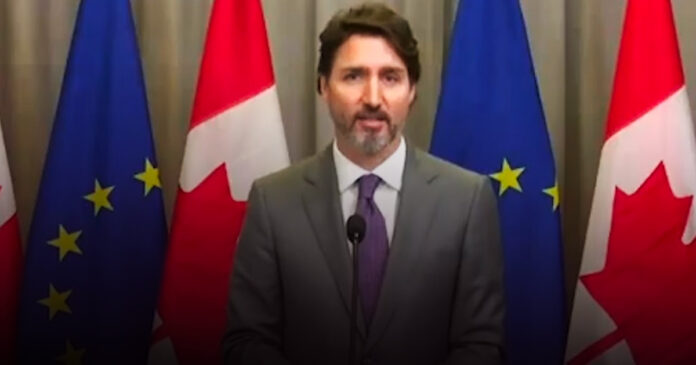 Prime Minister Justin Trudeau told reporters that free speech is “not without limits” in response to a question about the Charlie Hebdo Muhammad caricatures and the terrorist attacks in France.

“In a pluralist, diverse and respectful society like ours, we owe it to ourselves to be aware of the impact of our words, of our actions on others, particularly these communities and populations who still experience a great deal of discrimination.”

The prime minister’s comments come only weeks after a school teacher in Paris was beheaded days after he showed a caricature of the Prophet Muhammad to his pupils during a lesson.

In another incident, an Islamist extremist from Tunisia killed three people in a vicious stabbing attack in Nice, France that left one elderly victim “virtually beheaded.”

Only a few days after the Nice attack, a Greek Orthodox priest was gunned down as he was closing his church.

In a video response to the terrorist attacks in France, Conservative leader Erin O’Toole referred to the attacks as “another attack on democratic values, on liberties.”

“The terrorists won’t make us back away from our principles. Here in Canada, we’re going to fight to create a country that’s proud of its principles, proud of its openness and our freedom of expression,” O’Toole said.

French President Emmanuel Macron has taken a hardline stance against the Islamist terror attacks in his own country.

“We believe in the Enlightenment, and women have the same rights as men. People who think otherwise, let them do it somewhere else, not on French soil,” said Macron.

Macron has since raised France’s security alert to its highest level and deployed 4,000 troops across the country to handle the crisis.