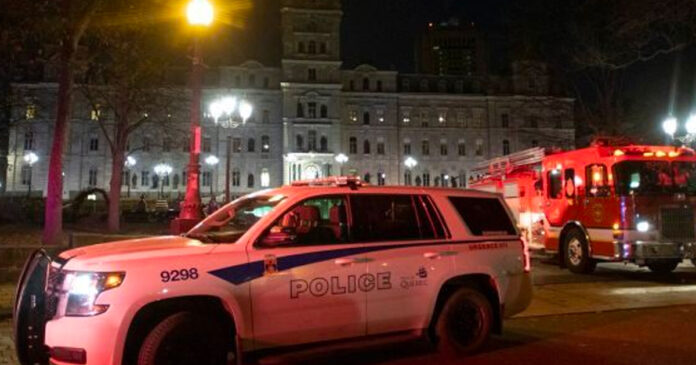 A 24-year-old man has been charged after a stabbing attack on Halloween left two people dead and five wounded.

Police say they received multiple calls on October 31 reporting victims that were being stabbed around the four locations in Quebec City, including the Château Frontenac. Girouard was reportedly seen in a medieval Halloween costume and wielding a katana-style Japanese sword.

At a press conference on Sunday, Quebec City ​police Chief Robert Pigeon said that Girouard’s motive is not known, though the attack was clearly premeditated.

“Last night we were thrust into a night of horror when a 24-year-old man who does not live in Quebec City came here with the clear intention of taking as many victims as possible,”

“Dressed in medieval costume and armed with a Japanese sword, everything leads us to believe he chose his victims at random.”

Girouard’s home address is in Ste-Therese in the Montreal-area, police believe he travelled to Quebec City specifically to make “the most damage possible.”

Girouard does not have a criminal record and is not believed to be associated with any terrorist group. Police say he once uttered threats five years ago while in a “medical context” but did not elaborate.

The deceased have been identified as Francois Duchesne, 56, and Suzanne Clermont, 61. The other victims are all expected to recover.

Girouard is expected in court on Thursday.