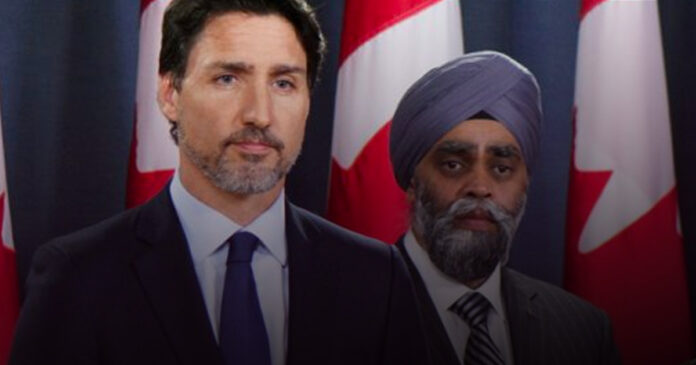 The Liberal government wants the military to be involved in a propaganda operation targeting Canadians.

A groundbreaking report by the Ottawa Citizen revealed a series of documents that outline a Canadian Forces operation intended to advance “national interests by using defence activities to influence the attitudes, beliefs and behaviours of audiences.”

The Canadian Forces has already invested over $1 million in training its public affairs staff on the same techniques used by the controversial UK data-mining company, Cambridge Analytica.

According to the October 2020 document, the intended audiences are Canadians in their own country, as well as citizens of other countries abroad. The plan also details a new research body that would collect the personal information of Canadian, journalists and others from their social media accounts.

“Defence StratCom will focus on effects and outcomes among key audiences and will provide clear direction on aligning actions, efforts and resources in pursuit of strategic objectives,” read the plan.

While the above mentioned document remains in the draft stage, steps have been taken to turn the proposed operation into a reality.

Earlier this year, it was revealed that military intelligence officers within the Canadian military were ordered to monitor and collect information on the social media activity of Ontarians.

Once the project was revealed, the military then said that the information was being used to assist the army’s intervention in the province’s long-term care crisis.

Meanwhile, Defence Minister Harjit Sajjan has stated that the operation has not received the necessary authorization required to be put into effect.

“No such plan has been approved, nor will it be,” said Sajjan’s press secretary, Florianne Bonneville.

Despite the denials, military personnel have already engaged with and met to discuss the tactics included in the documents in a series of town halls.