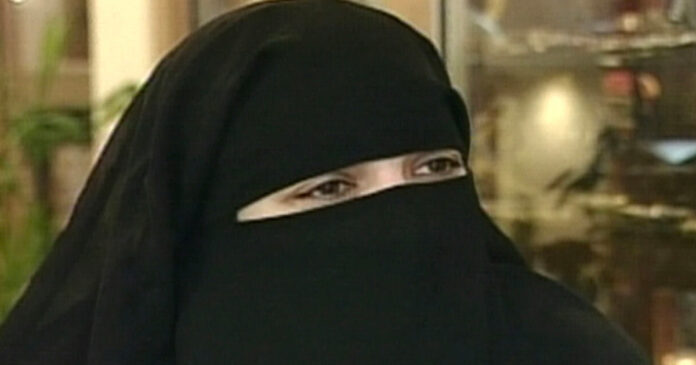 Omar Kahdr’s sister is suing Canada after being denied entry into the country.

Zaynab Khadr, who has expressed support for Islamist extremists in the past, wants a Federal Court to have her name removed from Canada’s no-fly list.

In September, after failing to board a plane from Europe into the country, she sought to have her name struck from the list, but the request was denied by Public Safety Canada.

While Zaynab Khadr has not been convicted of any terrorist offences, she has spoken in support of terrorism, including suggesting that Americans deserved the 9/11 attacks.

“Sometimes innocent people pay the price. You don’t want to feel happy, but you just sort of think, well, they deserve it, they’ve been doing it for such a long time. Why shouldn’t they feel it once in a while?” said Zaynab Khadr in 2004.

Like her brother, Zaynab Khadr was also accused by the RCMP of aiding al-Qaeda but she was never charged.

She also welcomed Osama bin Laden at her second wedding and appeared in court to support the Toronto-18 terrorists.

“The allegations against the Appellant are based on her history of speech and association,” her appeal to the federal court claimed.

Public Safety Minister Bill Blair responded to Khadr’s attempt to be removed from the no-fly list by saying that the list was in place to protect Canadians.

“If someone objects to being on that list, there is a process for them to bring those concerns forward and if they don’t like that decision there’s another process that allows for that to be reviewed at the federal court level,” said Blair.

This is not the first lawsuit launched by the  Khadr family against the Canadian government.

In 2013, Omar Khadr successfully sued and settled with the Canadian government for $10.5 million for allegedly violating his rights as a Canadian citizen.

Prime Minister Justin Trudeau suggested at the time that the settlement was the “best option.”

The Khadr family has a long history of associations with terrorist groups. The siblings’ father Ahmed Khadr was a top official and financier for al-Qaeda while still alive.

In 2019, Omar Khadr was freed from any prior restrictions after successfully having an Alberta court declare that his war crimes sentence had expired.

“All those conditions that were restricting his liberty up to this point are now gone, so for example he can apply for a passport, he can talk to his sister, he can travel around the world or around Canada without having to seek permission,” said Khadr’s lawyer, Nate Whitling.