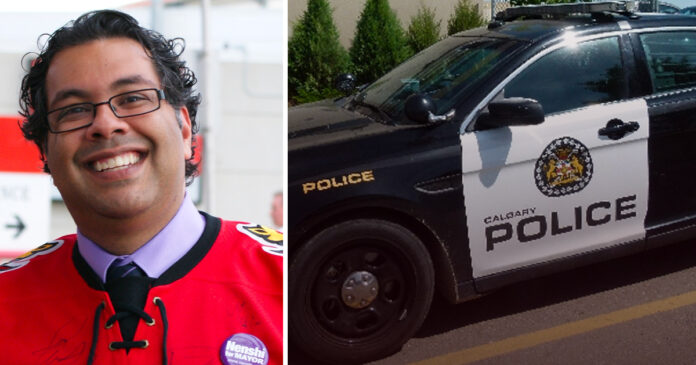 Months after activists in Calgary called for the defunding of the police, Calgary’s City Council has approved a motion to reallocate the Calgary Police Services’ (CPS) funds.

Joined by fellow councillors George Chahal and Gian-Carlo Carra and with the support of Mayor Naheed Nenshi, Coun. Evan Woolley tabled a motion that proposed reallocating $20 million from the Calgary Police Service’s budget into social services over two years. City council approved the motion with a 9-5 vote.

Although the motion received the support of Calgary City Council, many Albertan politicians have publicly opposed the idea of defunding the police.

In a September10 tweet, newly appointed Minister of Justice Kaycee Madu said that the calls to defund the police are misguided, referencing a letter he wrote to Mayor Nenshi on September 9.

“Our elected leaders should ensure that our law enforcement have the resources they need to protect communities that are disproportionately affected by crime,” Madu said.

On November 1, Mayoral Candidate and Councillor of Ward 11 Jeromy Farkas announced he would not be continuing to serve on the Calgary Police Commission after his year long mandate was not renewed by council.

In an interview with True North, Farkas said he opposed the motion for a number of reasons.

“There wasn’t any due diligence done in terms of the money being asked, for both sides of the equation. First, to understand what impact that would have on the police, and second, where that money would’ve been spent otherwise,” Farkas said.

Farkas says he would be supportive of a motion to see a reduction in the need for police services in Calgary and does not oppose funding of the extension to social services via Calgary’s rainy-day fund. His objection and proposed amendment came from removing resources from CPS.

“Policing accounts for only 13.2% of city expenses and it was significantly cut from 2018,” said Farkas.

“Police spending has held flat and even declined despite the population growth of our city, the opening of the downtown drug injection site, the resurgence of organized crime and the spike in social disorder and violence brought on by very deep economic hardship.”

During the council meeting that saw the motion pass, Farkas had his microphone cut while pushing for the amendment: believing that the outcry from some members of their community to cut police funding by large percentages or complete abolishment is an extremist view.

When he refused to withdraw the comment that this motion was a “dangerous attempt to appease extremists,” Mayor Nenshi then cut his mic.

“Just by virtue of cutting off my microphone, I think demonstrates the danger in such polarized conversations like this, we should be encouraging more public debate,” said Farkas.

“I do support the community investment framework. I just believe it should be in place first, rather than leave the police force in a precarious situation facing massive budget cuts.”

The council is slated to deliberate the allocation of the first $10 million this month.

Calgary has seen a sharp rise in violent and non-violent crime since 2017 and a steady population growth hovering around 2% since the same year.