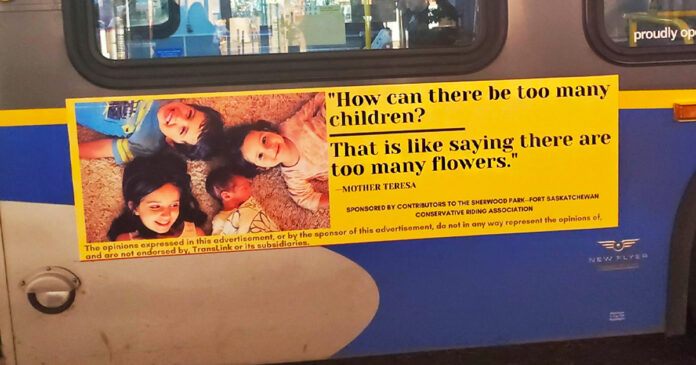 Remember the “One Planet, One Child” advertising campaign that ran in Vancouver earlier this fall?

In response to the ads promoting voluntary population control, Alberta MP Garnett Genuis sponsored his own set of Vancouver public transit ads that featured a picture of his own four kids and a Mother Teresa quote stating “How can there be too many children? That is like saying there are too many flowers.” Now, a whole bunch of Liberal MPs are screeching that the Conservatives want to ban abortions.