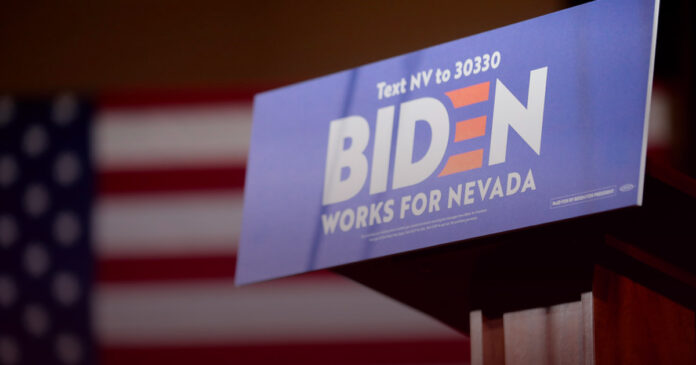 After several days with no declared winner of the U.S. Presidential election, a declaration of victory of sorts was made for Joe Biden on Saturday. Barring recounts or confirmed rulings of fraud, it appears that Biden has pulled it off — only by the skin of his nose.

This was the closest American election in U.S. history. President Donald Trump lost narrowly in swing states. It could have easily gone the other way.

Amidst all this uncertainty, there are a few sweeping takeaways from this election, important factors and lessons that you will not hear about on CBC, CTV or CNN.

1. The polling industry is dead.

Not only were the polls wrong, they were more wrong than in 2016. Pollsters had their reputations shattered when they projected with confidence that Hillary Clinton would win the 2016 election. When those predictions fell apart, they assured us up and down that they had adjusted their models and found new ways to reach Trump voters.

That turned out to be more nonsense.

The polls predicted a blue wave, a massive landslide victory for Joe Biden and the Democrats down ballot — in the Senate, the House and local state governments. They said Biden would triumph by as much as 10 or 11%, that he would win states like Florida (where he lost by 3.5%) and that states like Ohio (where lost by 8%) and Texas (where he lost by 6%) were toss ups.

The reality is that pollsters, much like the rest of the establishment media, don’t understand the shifting political sentiment in the country and they certainly don’t understand conservatives.

How else can they explain how Trump, whose approval rating, we’re told, is somewhere around 39%, just received 48% of the popular vote?

2. The establishment media is plainly dishonest, but increasingly irrelevant.

The legacy media spent the last four years building a malicious narrative about Trump. They never gave him a fair chance and cast his Presidency as illegitimate. They promoted ridiculous conspiracy theories, manufactured constant outrage and were relentless in accusations and name-calling.

These journalists didn’t just let the mask of objectivity slip — they ripped it off and doubled down on their blatant partisanship.

But here’s the thing. Americans didn’t listen. Despite all the hectoring, some 70 million voters still cast their ballot in favour of Trump. Yes, the media tipped the scales in favour of Biden — enough to make the unaccomplished and unremarkable 77-year-old President — but they’ve lost their grip on driving the narrative.

People tuned out, and this election proved that there is nothing “mainstream” about the establishment media.

3. Minorities showed up for Trump.

According to exit polls, Trump made major gains among every minority group in the country — Blacks, Hispanics, Asians, Jews, Muslims, the LGBT community, etc. Again, despite the media incessantly telling us that Trump is a racist and closeted white supremacist, Americans from all walks of life came out to support him.

In fact, the only demographic that Trump lost votes from were white men.

4. Americans rejected the left, and the Republicans were triumphant.

Losing the presidency stings, but Republicans maintained control of the Senate, picked up seats in the House and made major gains in state legislatures across the country.

Holding control of the Senate provides much-needed balance in Washington and diminishes Biden’s ability to push through radical Bernie Sanders-inspired proposals like the Green New Deal, tax hikes and a government takeover of healthcare.

The Democrat’s strategy of embracing the woke left — who obsess over identity politics, advocate defunding the police, defend looting and rioting, and promote the idea that America is an evil, racist country — failed to win over Americans, including minority voters. That, in and of itself, is a major victory for the country.