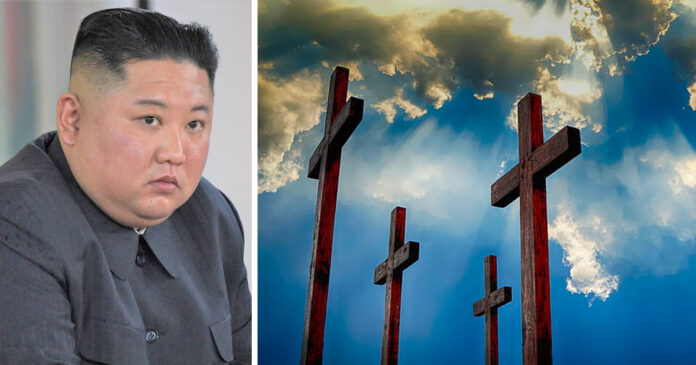 A new report from the Korea Future Initiative has revealed the extent people of faith are persecuted in North Korea.

The report, “Persecuting Faith: Documenting religious freedom violations in North Korea,” documents 273 victims of North Korea’s dictatorship through interviews with those who escaped the reclusive regime.

The victims, ranging from 3 to 80, faced criminal charges for acts such as openly identifying with a religion and owning religious items.

“Following the path of the anti-religious Marxist–Leninist scientific atheism of the Soviet Civil Administration, the North Korean government appropriated atheism for its ideology to justify suppression of theistic beliefs and to provide citizens with an alternative, namely absolute obedience and deification of the Supreme Leader,” the report reads.

North Korea Christians allegedly faced long periods in jail before eventual mock-trials. While in prison, physical and sexual violence against Christians is common.

“Even though women were beaten less, I was hit in the face and my skin ruptured and I bled a lot. [Officers] told me to wipe the blood, so I cleaned it. I wept a lot when they hit me again. Blood and discharge ruptured during my next pre-trial examination. They hit me again because I wept,” one former female prisoner said.

Women and girls, who make up the majority of North Koreans persecuted, face particular hardship. In several cases, pregnant believers were forced to abort their pregnancies before being sent to hard labour.

North Korea is considered the most dangerous place in the world to be a Christian according to Open Doors USA.

Entire Christian families have been reported to have been arrested by authorities, never to return to their homes.