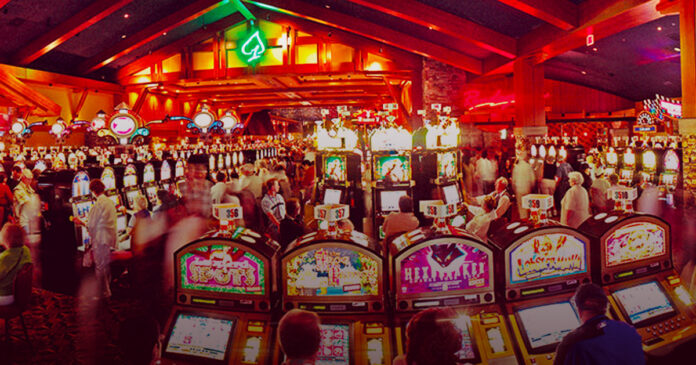 The Cullen Commission of Enquiry into money laundering in British Columbia has illuminated just how frustrating it is for investigators trying to do their jobs and to do the right thing. It’s a clear example of when the investigative will meets the “bureaucratic won’t.”

One of the folks who testified this past week was Rob Barber who was an investigator for five years with the Gaming Policy and Enforcement Branch. Barber, a former member of the Vancouver Police Department (VPD) and an experienced investigator, was noticing all the cash coming into the River Rock Casino in Richmond, B.C. brought in by questionable characters in large amounts.

He authored a report with an analytical spreadsheet identifying more than $100 million in $20 bills alone that were laundered through that casino in a year. He never heard back on his report nor did he see anything change.

He raised the issue with an Assistant Deputy Minister in the B.C. Liberal government of Christy Clark named Dick Scott, who simply ignored him. That’s the “bureaucratic won’t.”

Frustrated, Barber retired on his VPD pension rather than to keep fighting the bureaucracy in 2015. But the commission also heard from the former head of the anti-illegal gaming unit Fred Pinnock, then an Non-commissioned officer (NCO) with the RCMP who ran that joint forces group.

In 2007, Pinnock also saw what was going on and tried to expand his unit’s mandate to go after the organized crime gangs who were responsible for much of the money laundering going on in the casinos owned by the government.

Pinnock tried several ways to get the attention of the government, including enlisting his wife Naomi Yamamoto, then a B.C. Liberal MLA, to try and get an audience with the minister responsible, Rich Coleman.

Pinnock testified at the commission that he was told that Coleman and his policies were “largely responsible” for the money laundering in the casinos and senior management of the RCMP were complicit in the decisions.

Pinnock testified that he believed the gangs were out-of-control. He recounted a meeting he had with then Solicitor General Kash Heed.

“I told him I am convinced that Rich Coleman knows what’s going on inside those casinos,” Pinnock testified. “And Kash Heed confirmed my perception that I was accurate in my belief, and he did feel that Rich Coleman had created this.”

And it appears that is what is happening with the Cullen Commission.

We shall see in all of this. But the commission is only now touching on what appears to be the corruption of senior government officials, which may involve the knowledge of at least one Minister of the Crown and perhaps senior members of the RCMP.

Police documents identify Tam as a “boss” with the Big Circle Boys. For the record, I first wrote about Tam in 1998 after he was arrested in a VPD raid on his Burnaby home in a loan-sharking investigation.

The investigation revealed that a 60-year-old woman had borrowed $15,000 from an underling of Tam in a casino. She couldn’t pay the usurious interest rate and he seized her luxury car, which was worth about five times the amount she borrowed.

She was threatened and given a deadline, which she also missed. Tam had a truck backed up to her home and removed all her expensive furniture.

When VPD did the search of his Burnaby home, they seized more than $200,000 in uncashed cheques written out to Tam, illegal Walther PPK and Ruger pistols and raw heroin.

Police believe Tam is the head of the Wo On Lok triad and a significant player in the Big Circle Boys, a bigger group. He allegedly took out a million dollar contract on Lai Tong Sang the leader of the rival Shui Fong or Water Rat triad in Macau.

The Canadian government has been trying to get key suspects in Asian Organized Crime deported since at least the 1990s, but have so far failed to do so.

Who is protecting these people?

The last two times there were deportation orders against Tam, then Immigration Minister John McCallum intervened and sent the Canadian Border Services Agency back to the drawing board.

Another order was obtained and then Immigration Minister Ahmed Hassan intervened to vacate the order.

This thing is not over and not by a long shot. There is much to try and unravel in all of this being dug into by the Cullen Commission.