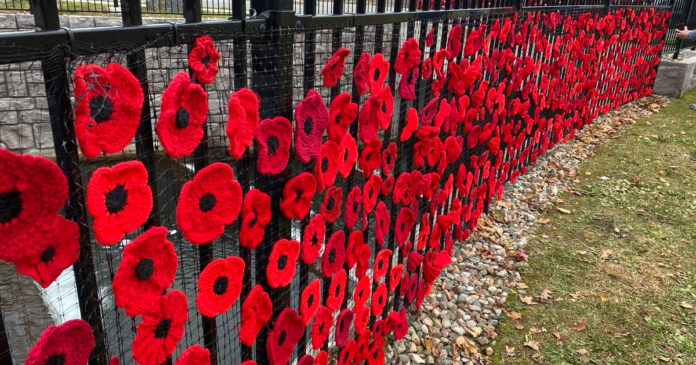 The poppies were displayed outside of the nursing home for a few days as a way to honour Canada’s fallen veterans.

“Several of our residents here helped with it. I did quite a few poppies myself, but there were so many people that helped, people from outside that volunteered. I can’t even imagine how many people helped, but they certainly did a fantastic job,” 89-year-old resident Evelyn Graves told Global News.

“I’ve had a lot of family involved in the military, and I have a son right now that’s in Camp Hill because of his work with the military and it’s very important for everybody to remember.”

The display was inspired by a similar endeavour undertaken by a Calgary church in 2019.

“Of course, with COVID-19, there’s been a lot of isolation and our volunteers haven’t been able to come inside since March,”  said Oakwood Terrace’s recreation programmer Chantal Beaulieu.

“So this has been a great outlet to keep our volunteers and our residents still connected, along with the family members that have been contributing as well.”

Currently, the display is located at Sullivan’s Pond Park in Dartmouth, Nova Scotia, where it is expected to remain until the day after Remembrance Day.

“As we think back to those days, because I lived through them, it’s really good to know that our young people are being taught the significance of (the poppy),” Graves told Global News.

Throughout the country, many Canadians are finding new ways to commemorate Remembrance Day due to recent coronavirus restrictions.

Nova Scotia’s health authority released guidelines on how to safely commemorate the occasion.

“While we may not be gathering the way we are used to, there are things people can do to make sure Remembrance Day ceremonies stay safe,” tweeted the official Nova Scotia Government account. 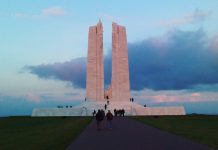 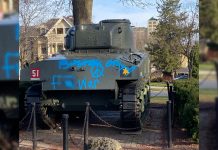 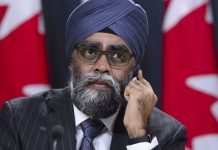