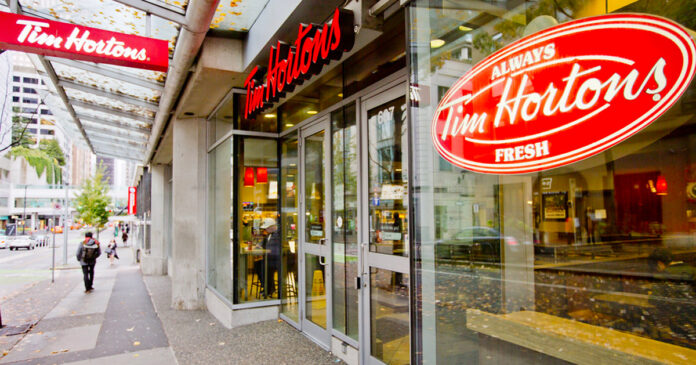 Tim Hortons and Starbucks announced that on November 11 current and former CAF members may get a free drink as a token of appreciation for their service.

“We pause every year to remember and honour the contributions and sacrifices made by those who have served Canada in times of war and peace,” said Tim Hortons Canada President Axel Schwan.

“From all of us at Tim Hortons, we give our sincere thanks to Canada’s veterans and Canadian Armed Forces members for their invaluable contributions to our great country.”

At Tim Hortons, any veteran or Canadian Armed Forces member in uniform or showing identification may get a coffee, tea, hot chocolate, French Vanilla, Latte, Americano or Cappuccino in any size.

At Starbucks, anyone who identifies as a veteran, currently serving CAF member or military spouse can redeem at tall coffee.

“Starbucks is proud to support Canadian veterans, currently serving members of the Canadian Armed Forces (CAF) and military families and honour the commitment and sacrifices these brave men and women have made for our country,” Starbucks said in a statement.

Both chains are also encouraging customers to donate to the Royal Canadian Legion’s poppy campaign.

Thousands of flags erected in Toronto to honour veterans

Thousands of flags erected in Toronto to honour veterans

BONOKOSKI: Why does no one want to join the Canadian Armed...