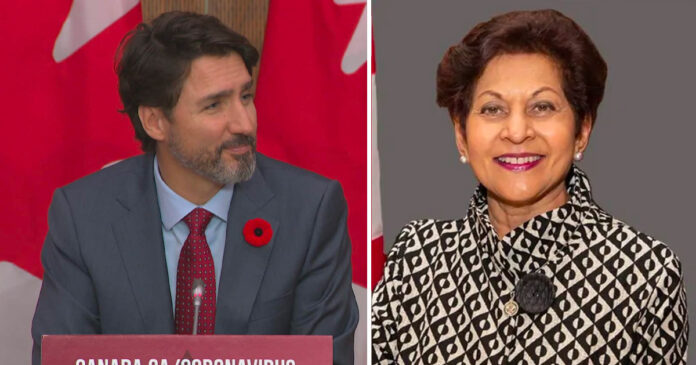 Prime Minister Justin Trudeau addressed the departure of Toronto MP Yasmin Ratansi on Tuesday after it was revealed that she used taxpayer funds to hire her sister at her constituency office for years.

“I am deeply disappointed by the news I learned yesterday from Ms. Ratansi and how she handled the office. It is unacceptable and I expect there will be a thorough follow up by [House of Commons] administration on this,” said Trudeau on Tuesday.

Currently, Prime Minister Justin Trudeau is himself facing an investigation by Ethics Commissioner Mario Dion for his conduct regarding the WE Charity scandal. If found guilty, this would be Trudeau’s third ethics law violation while serving as prime minister.

Toronto MP Yasmin Ratansi made the announcement that she would leave her party’s caucus on Monday afternoon, only a day after CBC News revealed her conduct.

“I made an error in judgment by employing my sister in my constituency office, and I have remedied the situation, but this does not excuse the error I made,” wrote Ratansi, who plans on continuing in her position as an independent MP.

Former employees at Ratansi’s office have come forward to reveal that she attempted to cover up the employment of her sister by having her use a fake first name and asking staffers to keep quiet about the affair.

“I think it’s horrific that a member of Parliament that’s entrusted to behave honourable and ethically can get away with impunity. It really questions the integrity of the institutions,” an unidentified former employee of Ratansi told CBC News.

It is believed that Ratansi’s sister has been working for years in her constituency office since she was first elected in 2004.

Before 2012 when House Board of Internal Economy bylaws were updated, it was only against parliamentary rules to hire “immediate family” such as parents, children or spouses. This rule did not include siblings prior to the change.

Sources say that Ratansi’s sister was working at her office from between 2005 to 2011 and then was re-employed in 2017, after Ratansi won re-election in 2015.

“The idea was we bring her in but try to conceal her identity, keep her hidden, keep her tucked away so that people don’t find out that her sister is employed in the office,” said the unidentified former employee.

Former employees of Ratansi also allege the former Liberal MP made offensive comments on a number of occasions and created a “toxic and verbally abusive” environment in the office.

Chief Government whip Mark Holland told CBC News that he had no knowledge of the situation until the story was released.

The opposition has issued calls for Ratansi’s resignation.