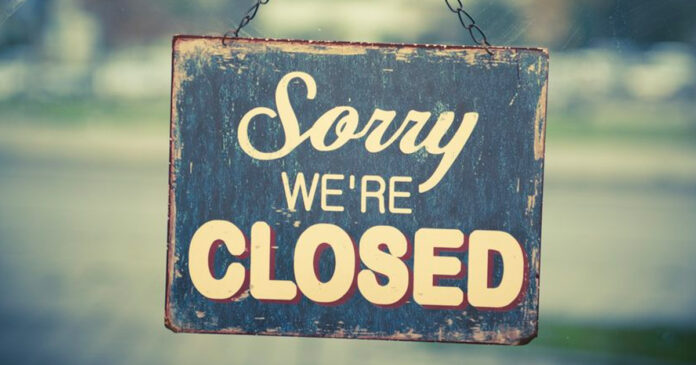 The Canadian Federation of Independent Business (CFIB) estimates that 160,000 to 225,000 small businesses could permanently close due to declining revenues caused by the coronavirus and the ensuing lockdowns.

As a result of these findings, the CFIB is calling for improved federal support. Although the government has supplied subsidies and relief to small businesses, their situation is still dire.

When speaking to True North, CFIB President Dan Kelly said that there are good programs coming on the horizon and important changes are ahead, but that shutdowns are happening in advance of the programs being put in place.

“If any government, federal or provincial wants to shut down again, they need to ensure that these programs are in place and are not just future promises.” said Kelly.

Kelly recently appeared before the senate finance committee to discuss BIll C-9, an amendment to the current rent and wage subsidies that would see the benefits of the programs like the Canada Emergency Rent Subsidy (CERS) extended to December 15.

“39% of businesses are losing money every day that they are open and over 50% have seen a drop in sales due to fears of the second wave and 14% are considering bankruptcy or winding down.” said Kelly.

Kelly also noted how there was a need for significant amendments to Bill C-9.

“They have been too slow and there have been a huge number of businesses that have fallen through the cracks. Bill C-9 does help quite a bit in helping address a number of problems, the new version is quite a bit better but there are still challenges.” said Kelly.

The federal government put in place requirements to ensure that only legitimate businesses can access the programs, one of those requirements being having a registered business number. These standards have caused many businesses to fall through the cracks.

Another area of great concern regarding C-9 rent relief is the requirement for businesses to pay their rent first, the subsidy would then provide reimbursement for that cost. The reality is that businesses simply do not have the money to cover these expenses.

“The rules are intended to ensure that the money goes to a legitimate business. The end goal is fine, but anyone who did not operate until 2020, or began as the pandemic started, they are basically disqualified from these programs. We are trying to encourage the government to be sure more firms can access these programs.” said Kelly.