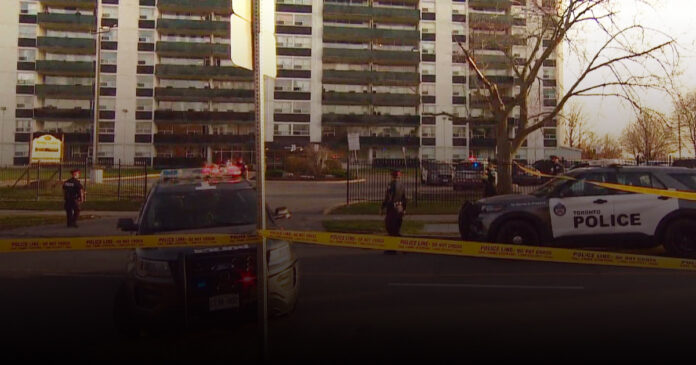 Last Saturday’s shooting erupted in Toronto’s North York neighbourhood of Jane and Finch, and unfortunately this shooting wasn’t unusual. In fact, it is all too usual.

The shooting was a planned hit against three gang-bangers who were shot but not fatally. But in discharging over 30 rounds, a 12-year-old boy out walking with his mom returning from an afternoon of shopping was hit.

Neither he nor his mom had anything to do with the gang violence so prevalent in that north end neighbourhood.  They were just out shopping on a Saturday afternoon.

This is a tragic case of a boy – not a teen, not a young man, not someone flirting with the gang life.

What were you doing when you were 12 years old?

I was playing baseball with my buddy Pete MacKenzie at our local park. We played pitch and catch, hit fungoes and dreamt about playing in the big leagues. It was the first summer of the Montreal Expos playing in Jarry Park. I had a paper route in those days delivering the Montreal Gazette every morning on my route of about three blocks surrounding my home.

I was young. I was innocent. And like the poor 12-year-old child who was murdered by gang members, I sure didn’t deserve to be shot in a fusillade of bullets.

On Friday, our Prime Minister was asked by a Toronto Star reporter about the shooting. Trudeau stammered and stuttered in his response to an unscripted question he wasn’t prepared for. Trudeau said Ontario Premier Doug Ford could solve the problem by allowing the mayors of cities to ban handguns, as he has suggested in the past.

It’s difficult to know for certain if the Prime Minister really is that out of touch with reality, but history would suggest that he is.

Anyone with any sort of analytical ability knows that a handgun ban would do absolutely nothing to prevent a single shooting in Toronto, Vancouver, Montreal or anywhere. It’s pie-in-the-sky Liberal bovine scatology – yet they keep repeating this nonsense.

The vast majority of handguns used in our inner cities by gangs come into the country illegally.

How many times does it have to be said before our Prime Minister actually listens?

The Public Safety Minister Bill Blair is no better. As a former chief of the Toronto Police Service during the so-called Year of the Gun in 2005, Blair instituted measures to reduce shootings in that city dramatically.

Just one day before the 12-year-old boy died at Sick Kids Hospital in Toronto, the Toronto Police Service (TPS) Gun and Gang Task Force and Centralized Shooting Response Team executed a Code Five (violent) takedown in downtown Toronto at Bay and Dundas in front of the Canadian Tire on Monday.

The TPS did yeoman’s work to find the shooters in this case.

Rashawn Chambers, 24, and Jahwayne Smart, 25, are charged with 28 weapons offences, breach of conditions and orders and six counts of attempted murder. Three guns were seized along with oversize mags, according to the Chief James Ramer.

Ramer described the shooting as “a different level of evil. I can’t be any clearer than that.” I can’t argue that sentiment.

If only our political leaders understood the concept of clarity.