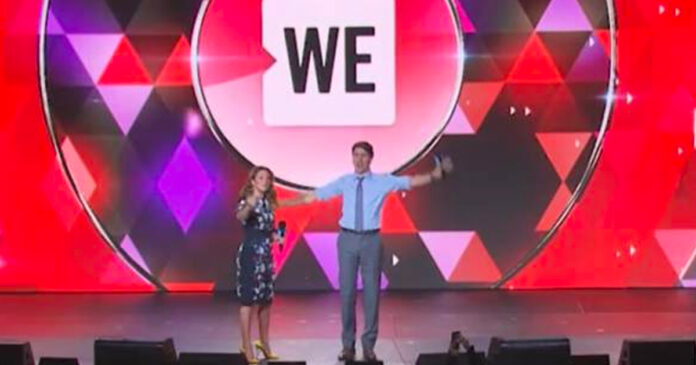 After months of Liberal attempts to shut down investigations into the WE Charity scandal, Finance critic Pierre Poilievre held a press conference on Monday to appeal to the Liberal government to hand over documents to the Parliamentary Law Clerk.

In an attempt to end a Liberal filibuster and bring light to the heavily redacted WE charity documents, the Conservative MP made a concession and said that all documents that pertain to cabinet secrets can be put aside, but the rest should be submitted to a non-partisan lawyer who represents all members of the house.

“Let him look at those documents that the government has blacked out, other than the cabinet confidentialities, and report back on whether this is a cover up or if the black outs are legitimately justified.” said Poilievre.

An earlier release of WE Charity documents had hundreds of pages redacted with black ink.

The opposition wants to know if there was a conflict of interest relating to the $900 million Student Service Grant awarded to the charity. According to Poilievre, the effects of this inquiry now go beyond a possible third ethics violation for Trudeau as the constant filibusters has blocked the finance committee from offering any meaningful aid when they are needed most.

Poilievre claimed that under these circumstances, the finance committee cannot give a voice to over 800 individuals who have offered to testify as witnesses on their experiences operating a small business during the COVID-19 pandemic.

“If Trudeau has nothing to hide, he will accept this compromise before I even walk out of this room today. And for God’s sakes, he will do it immediately so that we can get our committee back to work. So that the hundreds and hundreds of desperate organizations that want to testify about the devastation in their economic lives can get here and make their point and prepare for eventually introducing a federal budget.” said Poilievre.

Liberal filibusters have persisted for over 30 hours to prevent finance committee inquiries about the redacted WE Charity documents. Attempts to filibuster have covered many topics, none of them relating to the economic crisis experienced by Canadian businesses and organizations.

“Let’s hand over the documents. Let’s put on our big boy pants, Mr. Trudeau and let’s get back to work.” said Poilievre.