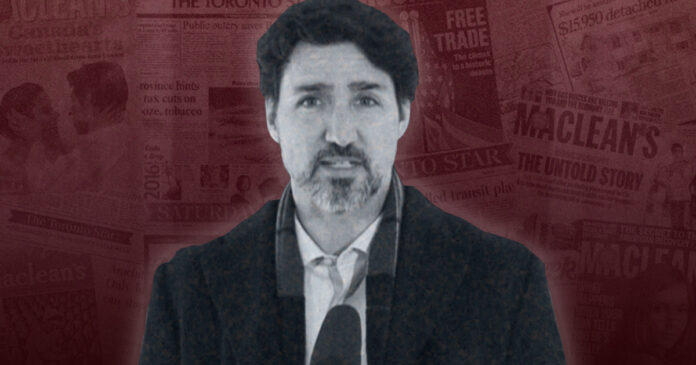 In April 2020, the Trudeau government showered over 670 magazines and other periodicals with $85 million in taxpayer funding, government data shows.

The funding was distributed by the Department of Canadian Heritage as part of the 2020-2021 Canada Periodical Fund.

The two individual publications that netted the highest valued grants include Canadian Living which and TV Hebdo which both received $1.87 million each.

The two outlets are currently owned by TVA Publications INC. When added together, TVA’s various print publications received a whopping $11.34 million from the federal government.

Meanwhile, the popular news magazine Maclean’s, which is edited by Liberal minister Catherine McKenna’s husband Scott Gilmore, received $1,565,498 from the Liberals on April 1.

“Recipients can spend the funds on a variety of publishing activities, such as content creation, production, distribution, or business development,” claimed the publication’s funding announcement.

Numerous publications owned by the Canada arm of  the Hong-Kong based Ming Pao Newspapers received a total of $4.64 million in grants from the fund.

Various hobby and sports magazines such as The Hockey News, Pacific Yachting, Canadian Stamp News and numerous others were also approved for funding.

Critics have accused the Trudeau government of trying to buy out the Canadian media by subsidizing outlets that are struggling to keep their heads above the water.

In 2019, the Liberals pledged they would distribute a $600 million media bailout plan in the form of funding and subsidies to approved and handpicked mainstream outlets.

For a full list of publications which received grants from the Canada Periodical Fund see the PDF document attached below: