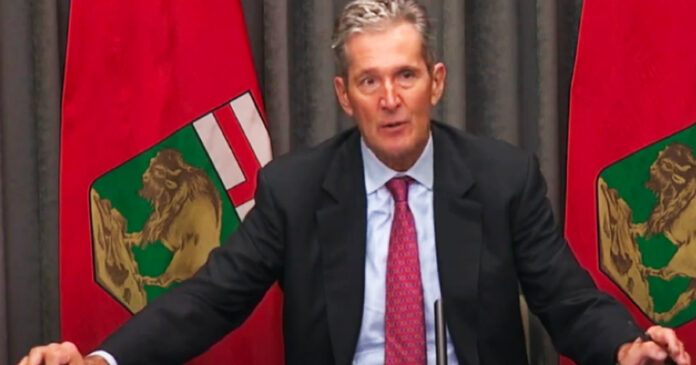 Manitoba is cracking down on businesses and individuals for violating the province’s strict restrictions in an attempt to curb the spread of the coronavirus.

Manitoba has issued 200 fines, some for the new maximum penalty of $5000. The offences include failing to remind individuals to wear a mask, observing patrons standing less than two meters apart and not vacating the premises by 11 p.m. The province has also issued 307 warnings.

Recently, the province has doubled fines for individuals and corporations, with maximum fines for citizens up to $1,296 and $5000 for businesses, up from $486 and $2542.

New measures were implemented by Chief Provincial Public Health Officer Dr. Brent Roussin on November 11. The measures under the Public Health Act dictate that no more than five people may gather at indoor or outdoor spaces. This applies to weddings, funerals and informal gatherings like house parties or dinners.

Manitoba has declared a state of emergency and is able to fine citizens for not wearing a mask in indoor spaces and is now looking to outside sources to help with enforcement.

In a statement to True North, the Justice Centre for Constitutional Freedoms (JCCF) noted that anyone exercising their constitutional rights of association, travel, worship and assembly under the Charter of Rights and Freedoms are protected.

In recent weeks, Premier Brian Pallister has taken a hard-line approach to combating the virus and enforcing the government’s measures.

In addition,  Pallister announced on Tuesday that the province was hiring private security to enforce public health orders. G4S Security has been contracted by Manitoba and 90 G4S employees will be assisting the province in issuing fines

“The Public Health Act of Manitoba authorizes the Chief Public Health Officer to make Orders to respond to a pandemic. While the Order to restrict gatherings to five and under is made within his authority under the Act, it is an unjustified infringement of an individual’s Charter-protected right to associate,” writes the JCCF.

On Thursday, the province announced further restrictions – restricting visitors in private residences, limiting public gatherings to no more than five people and only allowing businesses to sell “essential items.”

Disclosure: The JCCF is representing True North and Andrew Lawton pro bono in their ongoing lawsuit against the Leaders’ Debates Commission and the federal government.