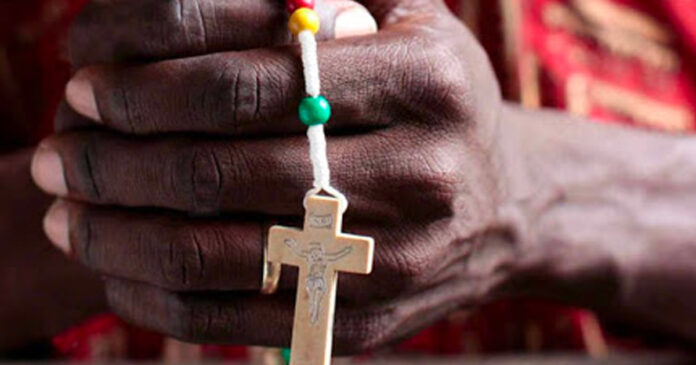 A new book is warning that the rise of radical Islam in Africa may result in the genocide of African Christians if the situation is not confronted.

In their book The Next Jihad,  Rev. Johnnie Moore and Rabbi Abraham Cooper expose the increasing violence perpetrated against Christians by Islamic terrorists in Nigeria.

In an interview with the Christian Post, Moore said that the pair saw first hand the unreported plight of Christians in Africa which has yet to be recognized by the international community.

“Where my mind was when we were writing the book right after our trip, 10 days before the world started shutting down because of COVID, I thought this could be the next jihad,” Moore said.

“I since come to realize that it is the next jihad right now. It is not just Nigeria. It is the countries around Nigeria. It is a quickly escalating problem.”

Moore and Cooper claim that Africa has become the main focus of global terrorism since the defeat of ISIS in the Middle East.

Nigeria has been combatting Islamists for over a decade now. The local terrorist group Boko Haram has been bolstered by ISIS and al-Qaeda in recent years, turning the insurgency into a regional conflict.

It is estimated that 37,500 people have died in the war against Islamists in Nigeria, many of them Christian civilians.

The situation in Nigeria is only worsening. According to one estimate, 812 Christians were killed by Islamists in just one state in 2020. Moore said the situation is similar to the beginning phases of previous genocides.

“[We want] to help people really feel the problem and understand it enough to do something about it,” Moore said.

“It felt like deja vu to me because back in 2014, the Weisenthal Center was the first organization of any kind that recognized what ISIS was doing to Christians and Yazidis in Iraq was genocide.”

Terrorism has been on the rise in Africa in recent months. Recent attacks this year in Niger, Burkina Faso and the Ivory Coast have left dozens dead.

Earlier this month, 50 people we beheaded in a mass-execution by ISIS-affiliates in Mozambique.