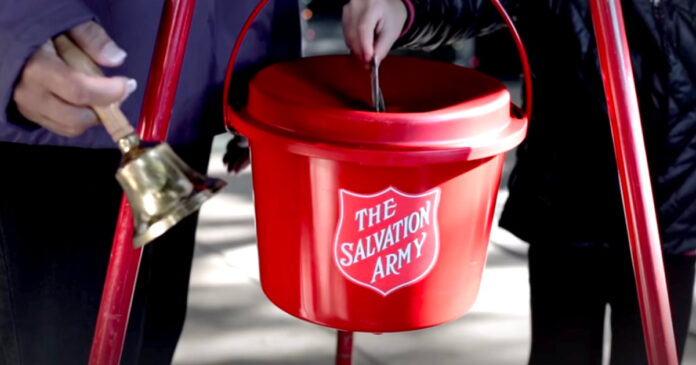 The Salvation Army has officially begun its Christmas Kettle Campaign as the number of Canadians requiring assistance this year has skyrocketed due to the coronavirus pandemic.

Starting this week, the Salvation Army will have donation kettles at 2,000 locations across Canada to meet an increase in need not seen since the Second World War.

In a statement, the Salvation Army said that the Kettle Campaign is more important than ever given the effects the pandemic has had on society.

“This year, we see evidence that the people we serve are struggling like never before,” said spokesman Lt-Colonel John P. Murray.

“We refuse to let the pandemic steal their Christmas joy. That’s why The Salvation Army is providing those in need with food, shelter and other essentials. We need the help and support of Canadians who can donate more now than ever.”

The Salvation Army has faced a 19% increase in people coming for help due to declining wages. The number of people helped for homelessness has doubled over the past year.

As the Kettle Campaign enters its 130th year, the organization hopes to raise $23 million to continue its crucial work as financial hardship is expected to continue into 2021.

Along with in-person kettles, the Salvation Army has also created an online “Fill the Kettle” campaign where individuals can donate to the campaign or host their own virtual kettle fundraiser for the group.