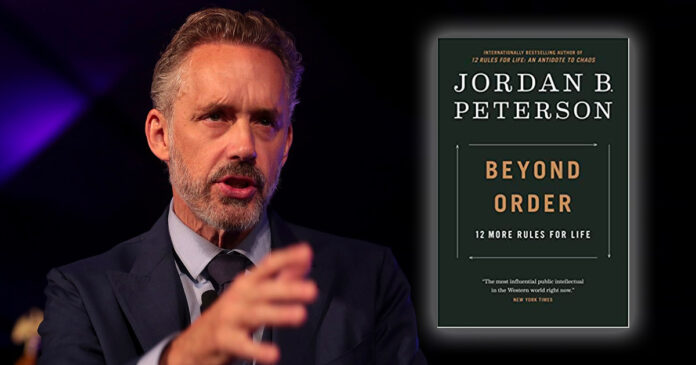 The book in question, Beyond Order: 12 More Rules for Life, was announced by Peterson on his social media accounts earlier this week and is set for a March 2021 release date.

The new report by Vice News details how a handful of employees raised their opposition to the book’s publication during a company town hall meeting on Monday.

One witness to the spectacle said that “people were crying in the meeting about how Jordan Peterson has affected their lives.”

“The company since June has been doing all these anti-racist and allyship things and them publishing Peterson’s book completely goes against this. It just makes all of their previous efforts seem completely performative,” they said.

Another employee took the time to accuse the Toronto professor and psychologist of being an icon of white supremacy.

“He is an icon of hate speech and transphobia and the fact that he’s an icon of white supremacy, regardless of the content of his book, I’m not proud to work for a company that publishes him,” one anonymous employee told Vice News.

According to Penguin Random House Canada, staff with the company are welcomed to air their concerns regarding the book and that the company appreciates the feedback.

“We announced yesterday that we will publish Jordan Peterson’s new book Beyond Order this coming March. Immediately following the announcement, we held a forum and provided a space for our employees to express their views and offer feedback. Our employees have started an anonymous feedback channel, which we fully support. We are open to hearing our employees’ feedback and answering all of their questions. We remain committed to publishing a range of voices and viewpoints,” said a company statement on the matter.

Another unnamed employee accused Peterson of being directly responsible for radicalizing people to the extreme right.

“She was trying to kind of spin it as a positive to be publishing this book,” the employee said about Penguin Random House Canada CEO Kristin Cochrane.

“He’s the one who’s responsible for radicalizing and causing this surge of alt-right groups, especially on university campuses.”

Jordan Peterson’s new book can be pre-ordered on Amazon.