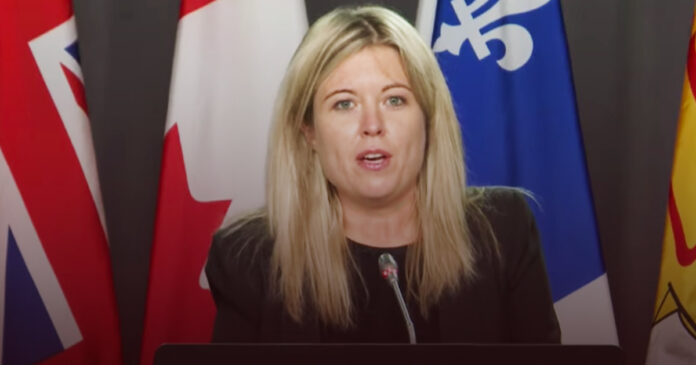 After Prime Minister Justin Trudeau told reporters that Canada lacked the means of domestic production for vaccines, his handling of the pandemic is being called into question by Conservative health critic Michelle Rempel Garner.

While other countries like the United Kingdom, Germany, the United States and Mexico will begin to administer vaccines as early as December, Trudeau said he expects Canada will see the first round of vaccines in the first quarter of next year.

During a press conference, Rempel Garner criticized Trudeau’s response to the pandemic.

“If we are behind the pack and we are not going to be getting vaccines for months, sustained economic lockdowns can’t be the solution.” she said.

“They’re not working. If they were working, we would not be seeing a spike in COVID numbers.”

The Calgary MP called Trudeau’s statements on domestic means of production “factually incorrect” and his handling of the pandemic “gross incompetence.”

Rempel Garner cited a $12 million investment in VIDO-InterVac at the University of Saskatchewan, as well as $44 million to expand a National Research Council (NRC) lab in Montréal in May.

In a government news release from August 31, the investment into the NRC lab was meant to provide millions of vaccines to frontline workers, long-term care workers and those most at risk.

“I think on all accounts the Prime Minister has failed on this.”

Rempel Garner believes the country needs access to frequent, rapid and at home tests in the interim.

“We can have targeted isolation measures that more effectively prevent the spread of COVID-19. Rather than asking Canadians to sit at home for months on end without any hope or clarity of how this is going to come to an end.” said Rempel Garner.