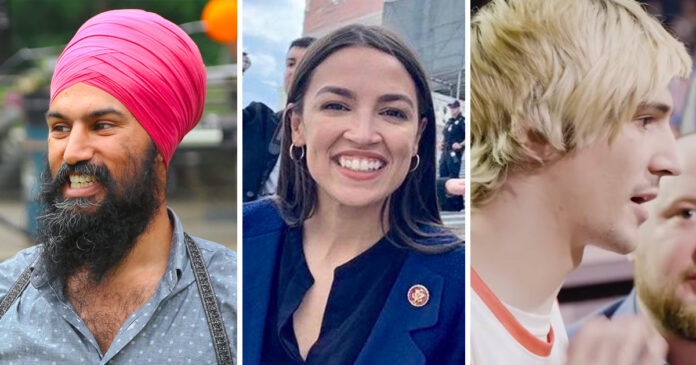 NDP leader Jagmeet Singh appeared on a weekend Twitch stream alongside a professional e-sports player who has been repeatedly cited for racist and homophobic behaviour.

On Friday, Singh joined US congresswoman and progressive politician Alexandria Ocasio-Cortez to play the popular online game Among Us and raise funds for a US charity.

In January 2018, Lengyel was suspended and fined by Overwatch League after he directed a homophobic slur at his openly gay opponent, Austin “Muma” Wilmot.

“Shut your f***ing mouth. Go back there. Suck a fat c**k. I mean, you would like it,” Lengyel said during a livestream.

In another incident a few months later, Lengyel was again suspended and fined by the League for using an in-game emote “in a racially disparaging manner” towards a black game host.

True North asked the NDP media relations team whether or not Singh was aware of Lengyel’s past comments and if so, whether he thought it was appropriate to appear alongside the e-sports player, but did not hear back in time for publication.

Earlier this year, Singh was kicked out of the House of Commons for accusing Bloc Québécois MP Alain Therrien of being a racist after Therrien voted against a motion to recognize systemic racism in the RCMP.

Singh refused to apologize for his accusation.

“I was angry at the moment and I stand by it. In that moment, I saw the face of racism,” said Singh about the incident.