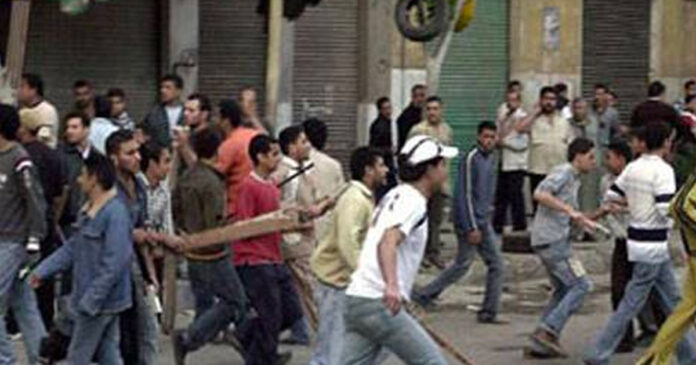 Muslim mobs attacked and terrorized a Christian village in Egypt after rumours spread that a resident posted content offensive of the Prophet Mohammed online.

According to ICN, a Muslim mob attacked the church, stores and homes in the Coptic Christian village of al-Barsha over the weekend. Many Christian stores were reported to be looted and hit with molotov cocktails.

One elderly Christian woman was taken to hospital with burns after the mob set her house on fire.

According to the Christian Post, the mob also attacked a Coptic Church as mass was being performed. A vehicle belonging to the church was allegedly torched.

The mob was not dispersed until a squad of armed police officers intervened. Around 100 people were arrested, including some Christians.

Shortly after the attacks, the regional governor ordered the parties to come together and reconcile, saying in a statement that “no one will be allowed to sow discord between people who belong to the same nation.”

In recent years, Egypt’s Christian community has faced significant persecution with dozens dying as a result of terrorist attacks.

According to Open Doors, Christians in Egypt still face significant pressure from the state and Islamists as acts of violence in rural areas are relatively common.