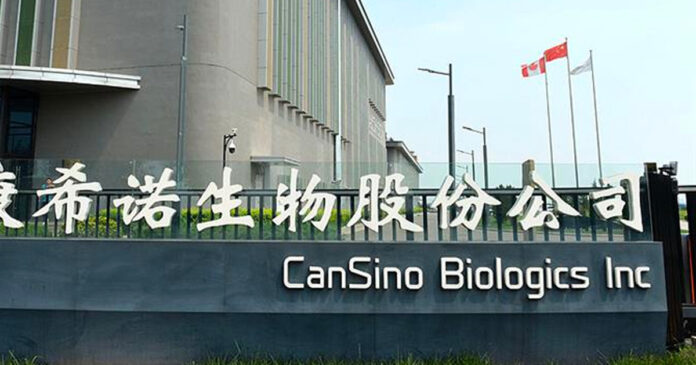 Chinese scientists who were working on a vaccine partnership with Canada were part of a government program to transfer research and knowledge to Beijing.

According to Global News, former officials with the Canadian Security Intelligence Service said that it’s likely that scientists with CanSino Biologics were Chinese assets despite being educated in Canada.

The federal government first revealed earlier this year that the National Research Council (NRC) had agreed to partner with the Chinese company, however, the deal fell apart in August, when China refused to share vaccine samples with Canada.

Now, members within the Five Eyes intelligence network – including Canada, the US and Australia – are investigating CanSino’s founders on the suspicion that they’re a part of China’s “Thousand Talents Plan” recruitment effort.

Intelligence authorities believe that the “Thousand Talents” program is an effort by the Chinese government to recruit foreign scientists and funnel research into the mainland for the purpose of advancing Chinese military and technological interests.

Scientists and researchers are seduced into the program through “salaries, research funding, lab space and other incentives,” a 2019 US Senate report claims.

Both CanSino CEO Dr. Xuefeng Yu and the company’s executive director Dr. Tao Zhu worked in Canada before starting their own company.

According to a website at the Canada Chinese Biomedical and Pharmaceutical Association, a 2011 report identifies Dr. Zhu as a member who was selected through the “Thousand Talents” project in 2010.

“The Chinese intelligence services have developed several concepts for repatriating information, and what better vehicle than to bring back someone that was educated abroad and understands the so-called ‘enemy’” former CSIS Asia-Pacific agent Juneau Katsuya told Global News.

“This talent recruitment is systematically supported by the United Front Work Department, and other departments. But the United Front in particular, is responsible for trying to repatriate valuable Chinese people, like Dr. Yu.”

According to Katsuya, the Canadian government ignored red flags around CanSino Biologics before agreeing to partner with the company.

“The right hand doesn’t know what the left hand is doing, and NRC has been abused by China before in this way, and that is why this case is so offensive,” said Katsuya.

“In this case it looks like what China did, is they got what they needed (from Canada) and they stopped the vaccine shipment. This neutralizes the ability for Canada to participate in developing the vaccine.”