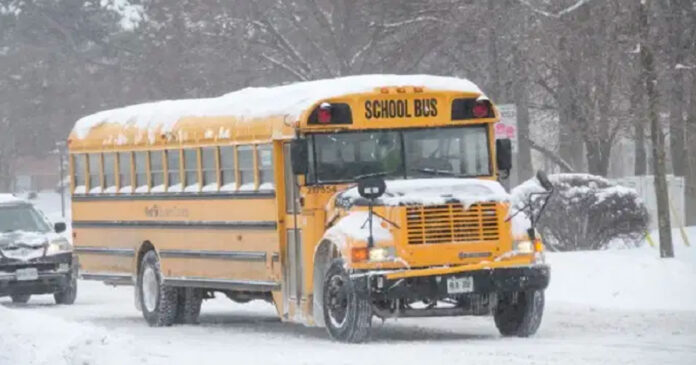 Schools in Toronto will be opening up classroom windows throughout the winter as a way to curb the spread of COVID-19.

The Toronto District School Board (TDSB) sent out a notice to parents last week asking that they prepare their children by sending them to school with extra warm clothes.

“We recognize it is very much a balance between introducing more ventilation at various times during the day and maintaining a comfortable indoor air temperature in (the) classroom,” the TDSB wrote.

“Please keep this in mind as your child gets ready for school each day by considering an extra layer of clothing to ensure comfort throughout the day.”

In a statement to CBC, TDSB said it is still developing its strategy to maximize airflow in classrooms by opening windows.

“We may open it for three to five minutes every couple of hours,” a spokesman said.

“We are turning up the heat in our schools, but it’s still likely going to be a little bit cooler than normal in some of the classrooms, depending on when those windows are opened up.”

Last week, the Ontario government announced that testing would be available in pandemic hot spots for students regardless of if they have symptoms of coronavirus.

Despite the effort, activists have continuously criticized the government and school boards for its handling of the virus. In November the Ontario Teachers Union accused the Ford government of downplaying the coronavirus pandemic in schools.

In early November staff in one Scarborough school walked off the job to protest the TDSB’s decision to keep the school open despite an outbreak infected 11.