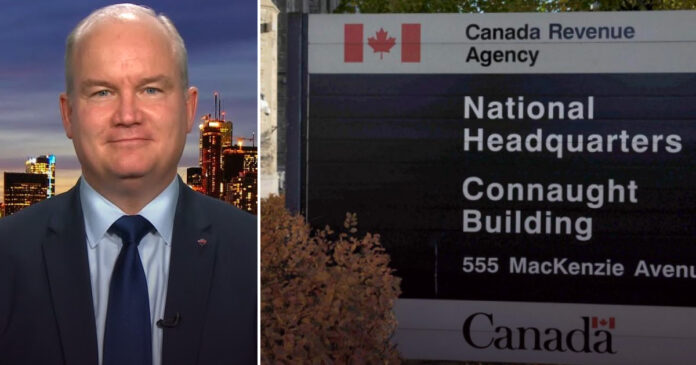 Opposition Leader Erin O’Toole put forward a motion on Monday to halt a proposed Canada Pension Plan (CPP) premium tax hike that would impact the income of all Canadians at the beginning of the new year.

On Twitter, O’Toole unveiled a statement calling on the government to release “concrete economic support” for businesses.

“We are calling on the Liberal government to postpone the increase of CPP payroll taxes set for January 1, as well as the increase of the carbon tax and the alcohol escalator tax planned for next year,” wrote O’Toole.

The statement also goes on to detail the Conservative motion which urges the government to remove barriers to job creation, unveil details about the highly Affected Sectors Credit Availability Program, and to fix the Large Employer Emergency Financing Facility, among other things.

“Many provincial governments, led by Saskatchewan, have asked the federal govt to pause this tax hike (CPP is a fed/prov program). To date, the feds have said the CPP premium increase will go ahead,” tweeted CFIB President and CEO Dan Kelly.

“And for those suggesting this rate hike is needed to pay for better CPP benefits, keep in mind that the improved payouts from CPP are phased in over 40 years. A 1 year pause in rising premiums will have no impact on benefits anytime soon.”

In 2021, employers and employees’ incomes will be affected by an increase in Canada Pension Plan rates by up to 9.3%.

The tax increases were announced by the Canada Revenue Agency in February 2020 and they mark the highest payroll tax increase since 2003.

The CFIB has been calling for a tax freeze on the pension front for some time now, ranking it as their second most important issue following the coronavirus and economic recovery.

To this day, Deputy Prime Minister and Finance Minister Chrystia Freeland has said very little with regard to a potential CPP hike freeze despite a push by the opposition to raise the issue.

60% of Canadian parents worried they won’t be able to feed...