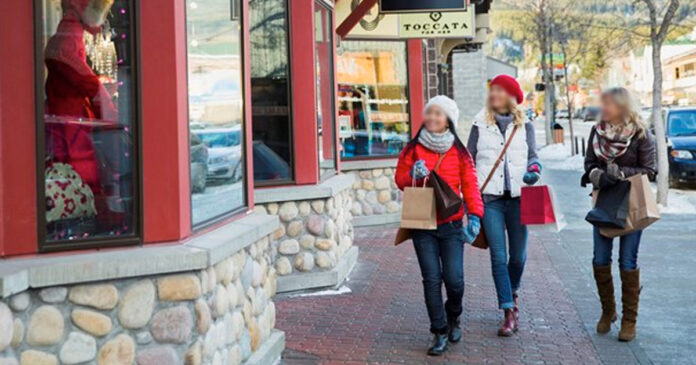 A majority of Canadians report feeling safer shopping at small businesses, even though lockdown orders in several provinces are forcing them to shop at big box stores.

According to a new poll by Maru/Matchbox, 72% of Canadians say they feel more protected from the coronavirus by shopping at small businesses, compared to chains like Walmart or Costco.

Furthermore, 93% of respondents say governments should not create restrictions that shut down small businesses.

The poll was conducted on behalf of the Canadian Federation of Independent Business (CFIB). CFIB President Dan Kelly says the poll proves that restrictions on small businesses will not fight the pandemic.

“It makes no sense at all to close small businesses that are deemed non-essential to in-store shopping while pushing crowds to big box stores who are permitted to sell the same merchandise, like Ontario has done in Toronto and Peel,” states Dan Kelly, President at CFIB.

“If reducing time spent indoors in crowds is the objective, consumers understand that shopping in neighbourhood small businesses is a better choice.”

Last week, Ontario Premier Doug Ford admitted “it’s not fair” that small businesses have to close while corporate chains that sell the same products may stay open. However, Ford said he isn’t going to do anything to rectify the situation.

Kelly says restrictions in Ontario and Manitoba are uniquely damaging to small businesses.

“B.C. allowed retailers to remain open during the spring lockdowns, while Alberta, Nova Scotia, Quebec and P.E.I. all have capacity reductions for retailers of all sizes,” he said.

One study conducted in July determined that as many as 19% of Canadian businesses may not survive the coronavirus-related government lockdowns.