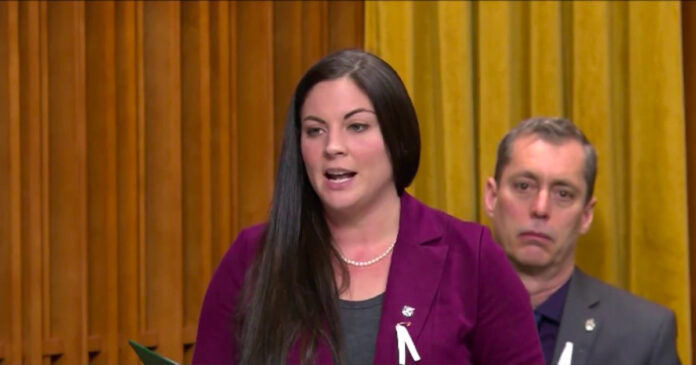 A Green Party Member of Parliament believes “harmful and oppressive” language must be erased from use in the English language.

New Brunswick MP Jenica Atwin made the comments in a tweet on Thursday afternoon discussing a former Green Party candidate’s prior use of the word “tribal.”

The tweet was in response to a statement by a Indigenous group who claimed that the word “tribal” is offensive to First Nations and other racialized groups.

“The word tribe has been used by European colonists to describe the Indigenous people who inhabited the lands they colonized, in fact, the word ‘tribal’ was often used synonymously with ‘savage’ or ‘primitive,’” wrote the group’s Twitter account EasternCircleSJ.

Atwin was first elected to the House of Commons during the 2019 federal election. Her election made her the first Green Party MP to hold a seat outside of British Columbia.

True North reached out to Atwin for comment on what other oppressive words she thinks should be discontinued from use, but did not hear back in time for this article’s publication.